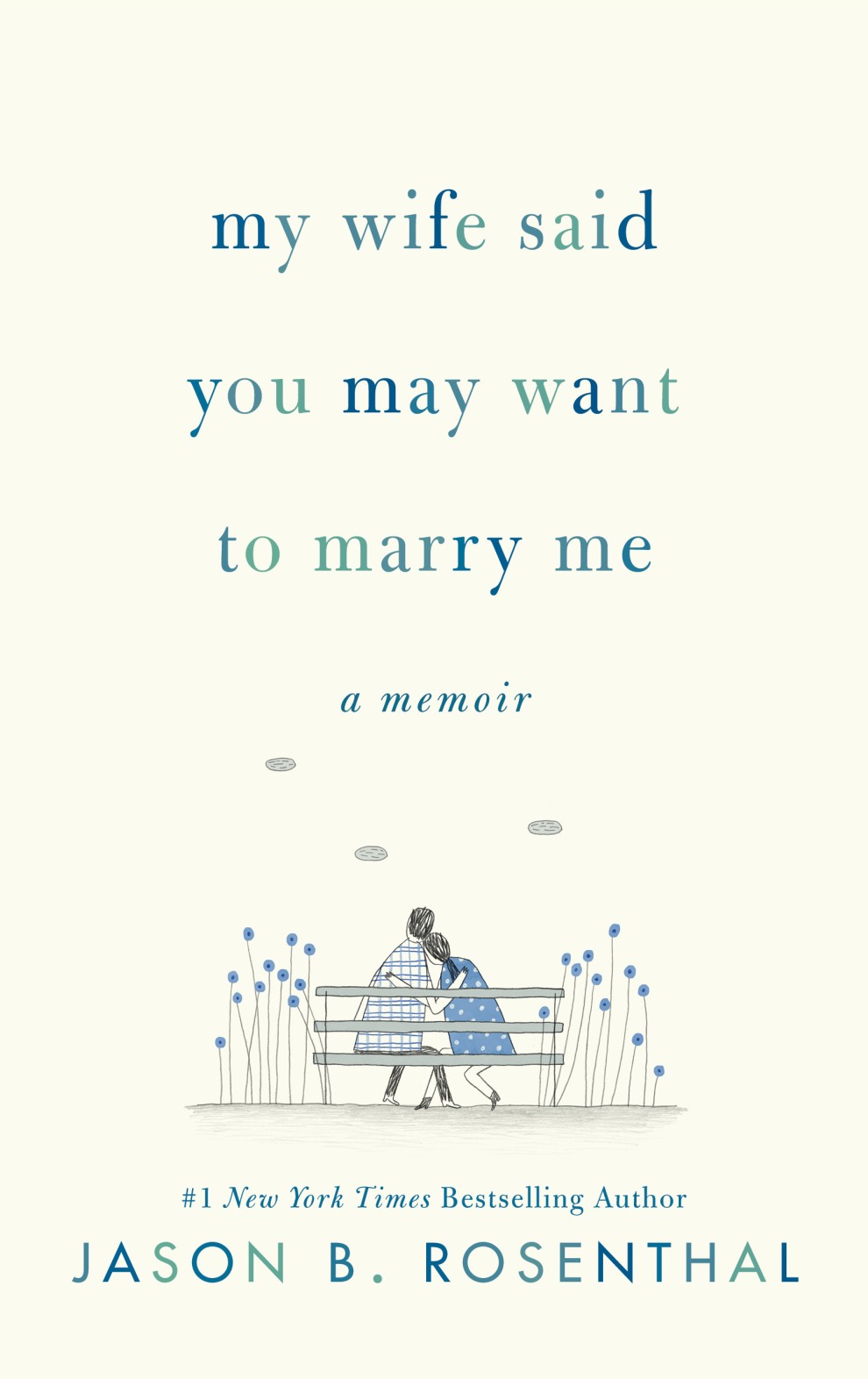 To donate a ticket to support future Arts and Education Programs click here.

To purchase a copy of My Wife Said You May Want to Marry Me click here or contact Anna at Indy Reads: 603-568-5168, anna@indyreadsbooks.org

An inspiring memoir of life, love, and loss by Jason Rosenthal, widower of Amy Krouse Rosenthal, who was a bestselling author of many beloved children’s books and the Modern Love piece, "You May Want to Marry My Husband."

On March 3, 2017, beloved children’s book author Amy Krouse Rosenthal published an extraordinary essay in the New York Times’ Modern Love column entitled “You May Want to Marry My Husband.” Coming out a mere ten days before Amy’s death from ovarian cancer, the piece—a creative and heartbreaking play on a personal ad—encouraged her husband, Jason, to find happiness after she died. The column instantly went viral, reaching over five million people worldwide and sparking an emotional conversation about love and loss.

Amy’s husband Jason B. Rosenthal picks up where she left off in MY WIFE SAID YOU MAY WANT TO MARRY ME: A Memoir. Throughout the memoir, Jason details their remarkable love story, it’s painful end, and what happened after— how Jason tried to honor Amy’s dying wish to live his best life while he and their three grown children confronted the world without her. In tracing the tapestry of his life with Amy, Jason recalls a storybook marriage that ended far too soon. He offers sage advice for others suffering from loss and shares how Amy’s Modern Love column became her final gift to him, granting him the freedom to imagine what the rest of his life could look like. As he journeys toward healing, Jason rediscovers himself, even as he struggles with the realities of his new life, ultimately coming to understand the key to his future lay in honoring his past.

The end result is a tender rumination on finding yourself in the wake of tremendous loss, and discovering ways to look toward—and look forward to—a brighter future. What Amy wanted for Jason, and for his life after her, was more—more bravery, more happiness, more experiences to cherish with their children.

with his daughter, Paris. He is the board chair of the Amy Krouse Rosenthal Foundation, which supports childhood literacy and research in early detection of ovarian cancer. A lawyer, public speaker, and devoted father of three, he is passionate about helping others find ways to fill their blank spaces as he continues to fill his own. He lives in Chicago.

Poignant and inspiring, MY WIFE SAID YOU MAY WANT TO MARRY ME is a candid look at Jason’s grief and a moving portrait of his search for more. ​