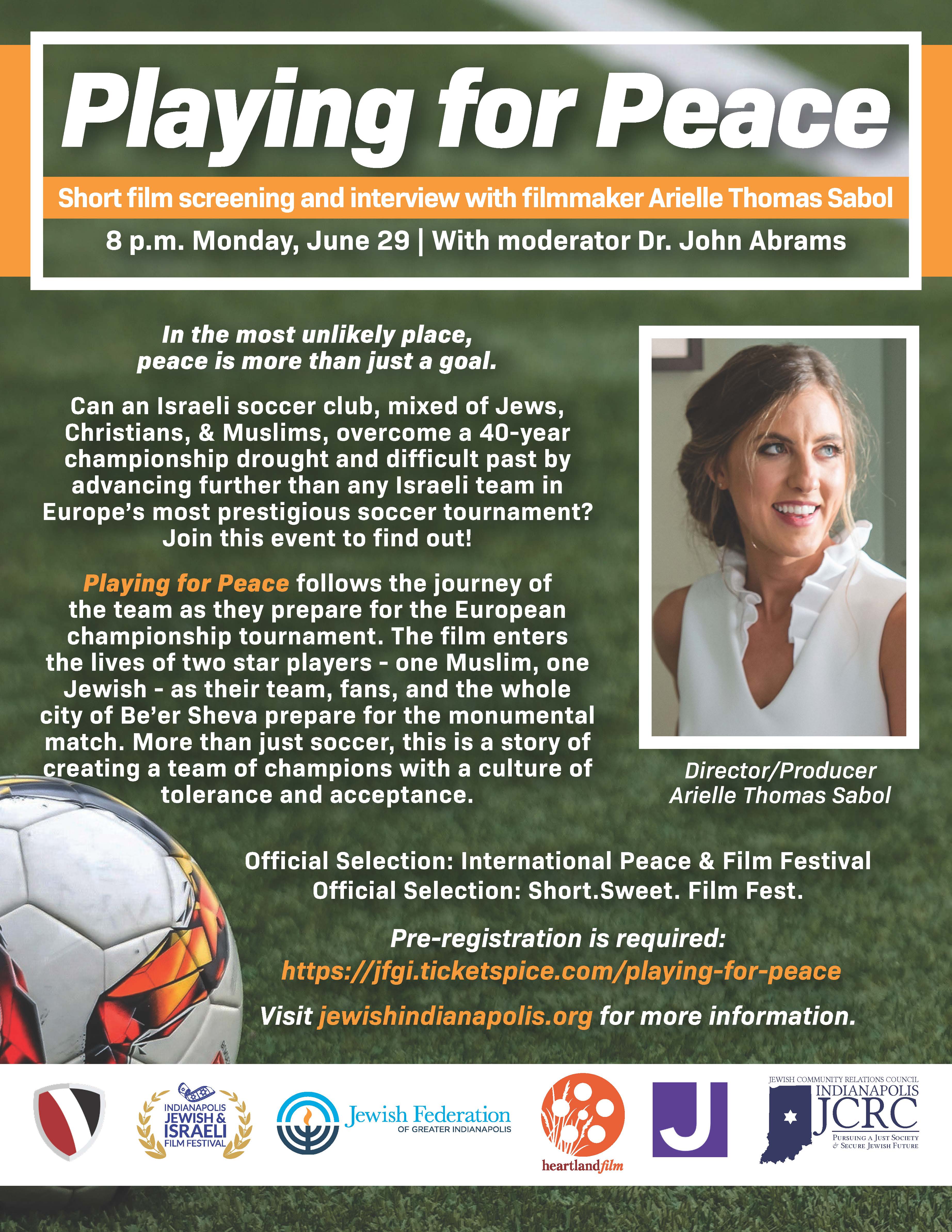 In the most unlikely place, peace is more than just a goal.

Can an Israeli soccer club, mixed of Jews, Christians, & Muslims, overcome a 40-year championship drought and difficult past by advancing further than any Israeli team in Europe’s most prestigious soccer tournament? Join this event to find out!

Playing for Peace follows the journey of the team as they prepare for the European championship tournament. The film enters the lives of two star players - one Muslim, one Jewish - as their team, fans, and the whole city of Be’er Sheva prepare for the monumental match. More than just soccer, this is a story of creating a team of champions with a culture of tolerance and acceptance.