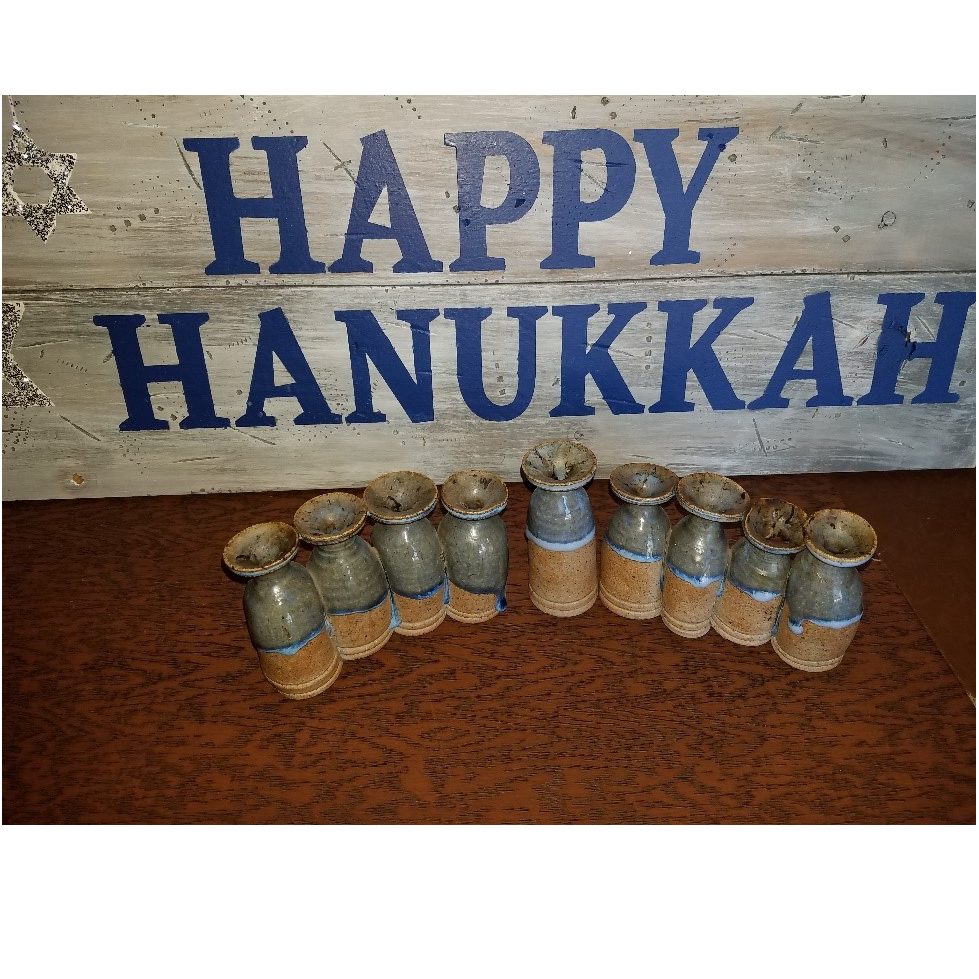 In the fall of 1976, my husband Chet, my son Jeffery and I moved into our first home.  It was in Trumbull, Connecticut.  My family was excited for us that we no longer were living in small apartments and then my parents’ home while we waited for Jeff’s arrival.  Before moving into the house there was a bit of work to be done.  One of the evenings we were there painting, my cousin Susan popped in to help.  She brought us a housewarming gift that we weren’t allowed to open until we had actually moved in.  The night we moved, the three of us sat together and let Jeff open the box.  Could have been a disaster, because in the box was chanukiah that my cousin, who was a potter by profession, had made for us. It was in 3 pieces and could easily been broken had Jeff dropped any of the pieces.  The shamash was separate from two 4 candle pieces. The chanukiah has moved with us for the several moves we have made during the 44 years since.  We have acquired many new ones since, but none more meaningful than that.