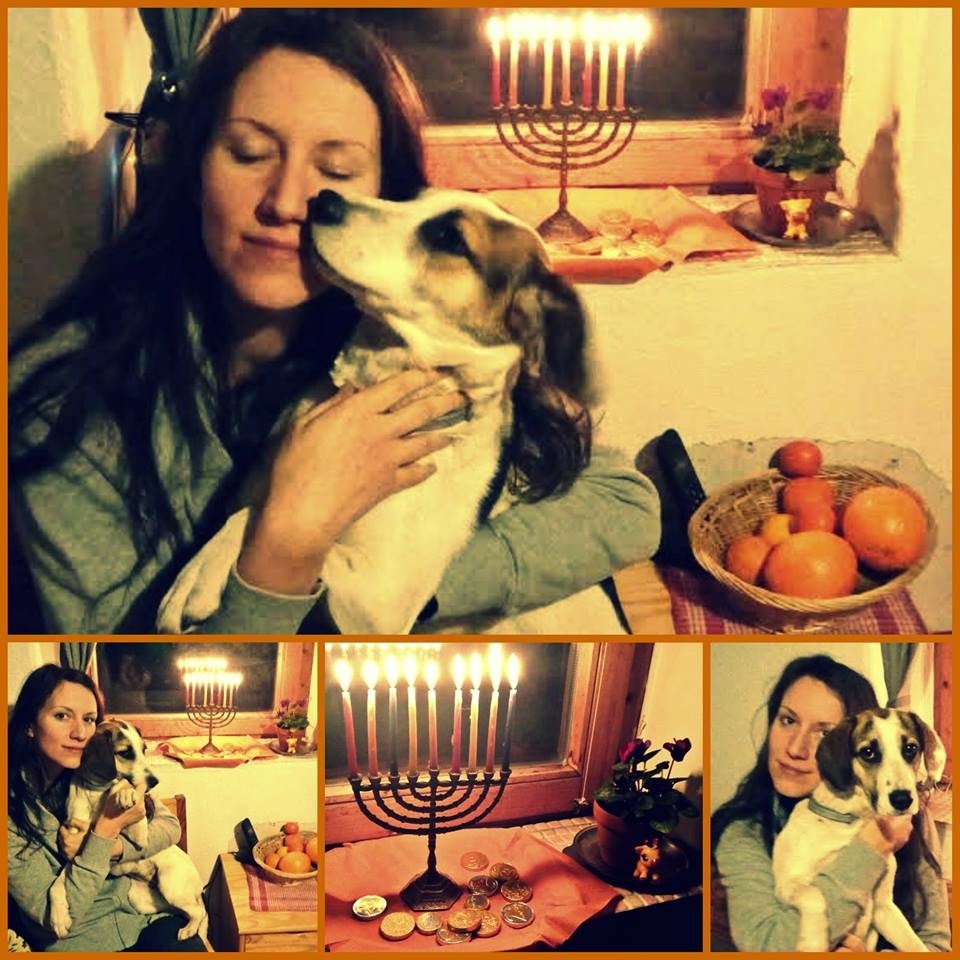 My father visited Israel in 1988, right after they got divorced with my mother, and one year before Communism fell in Hungary. He grew up without any Jewish experiences because his Holocaust-survivor parents didn't want to keep any Jewish traditions after the war. He fell in love with Israel, and if he hadn't had a child, he might not have come home to Budapest anymore. So he came home from Israel, and brought some typical, cheap old-city souvenirs: a keychain with a Star of David, a kippah, a pen with a picture of the Dead Sea aaaand... a heavy, iron chanukiyah.

As a child, I had no idea what it was for, just that it was from Israel and that it had to stand on the shelf in his bedroom where guests could not see it from outside when the door was open. Those years a professional soccer player lived on the floor above us, his TV always roaring, especially when it was a game. On these occasions, my father got a good grip on the iron chanukiyah and banged the gas pipes with it, signaling to the neighbor that it was time to turn down the TV a bit. These were the only cases when I saw my dad using the Israeli souvenir.

I was 24 when I decided to go on Birthright and started to discover Judaism for myself. Since then I've been taking an active role in Jewish community life in Budapest. A few years ago, when I was already 30, my dad grabbed the chanukiyah and told me: “Take it, you will at least use it for what it is meant for!” (I think he was just proud of me).