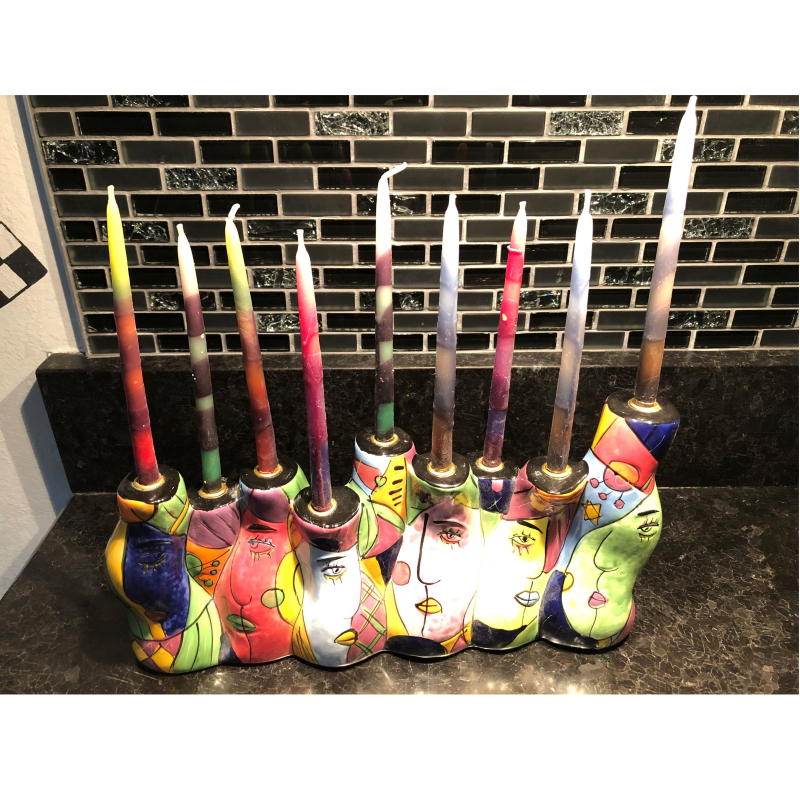 In the early 1980's we lived in Jacksonville, Florida. We had just built a new house - and the kitchen had a window over the sink that looked out onto the cul-de-sac. I had learned that you're supposed to put the menorah in the window - so every night I lit a candle and put the menorah in the kitchen window, which was covered with a brushed aluminum mini-blind. What I did not realize that every night I was adding fire and it began to fuse the hardware of my mini-blinds together. On the 4th or 5th night I realized that my mini-blinds were askew and I could not raise them up or down. My neighbors must have thought I was some sort of spy - trying to send a message! When I went back to the shop to order a new mini-blind, I told the owner the story and he roared with laughter. He said he'd had other Jewish customers, but none of them had ever had a story like this! From that day forward I have used an electric menorah! Happy Chanukah!