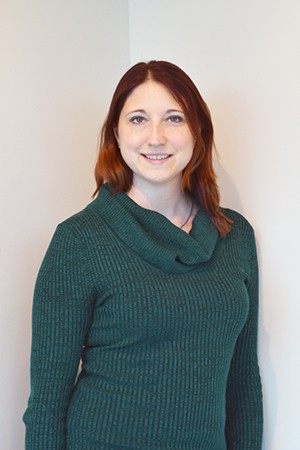 Amber received a Bachelor of Arts degree in Anthropology from Ball State University (Muncie, IN) and a master’s degree in Holocaust and Genocide Studies from Stockton University (Pomona, NJ). While working toward her undergraduate and graduate degrees, she had the opportunity to visit concentration camps and meet with Holocaust survivors as she served on the United States Holocaust Memorial Museum’s inaugural Student Board on Genocide Prevention; took part in the 2008 Slavia Bioarchaeology Field Study in Drawsko, Poland; worked as the Advocacy Intern for the Enough Project in Washington, D.C.; and assisted in the implementation of the Stockton Study Tour to Germany and Poland.

About the Jewish Federation of Greater Indianapolis:

The Jewish Federation of Greater Indianapolis (JFGI) is the central fundraising and community planning organization for the Indianapolis Jewish Community. With an Annual Campaign of roughly $3.9 million, the Federation supports and enriches the lives of Jews locally, nationally, in Israel, and around the world. The Federation provides funding to a number of local and regional agencies, many national and overseas partners, and numerous independent programs that provide deeper connection and create Jewish community in Central Indiana. The Federation resides on and manages a 40-acre campus, and programs funded by the Federation create life-sustaining and life-changing impact, while inspiring and engaging members of the Indianapolis Jewish Community.