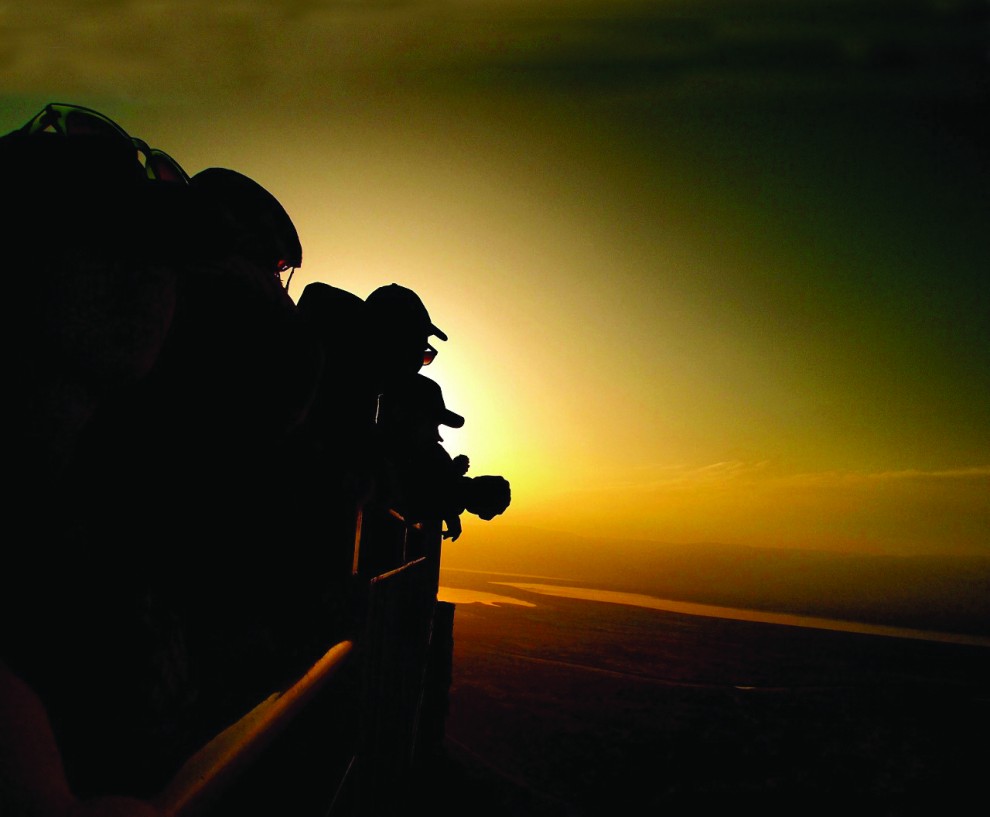 On May 11, I met my Birthright Israel group for the first time by the El-Al desk at the JFK airport. They were just faces with smiles and a look of wonder in their eyes. My group was made up of young adults ages 22 to 26. Some were from Indiana, some were from other states. Some grew up in a Jewish environment, some did not. For a handful of them, this would be their first visit to Israel. They were teachers, lawyers, accountants,
engineers and more. They all shared the same simple decision—to go on an educational and exuberant 10-day journey to reclaim their birthright.

As we entered the airport in Israel, we noticed a bunch of crazy Israelis waving and dancing toward us. A few of them were wearing uniforms. As I approached the group one jumped on me and gave me a big hug. I was shocked. This naval officer was my solider two years ago. He was going to be on my Birthright trip. He and the other Israelis arrived from all over Israel. Omri is a captain in the navy; Noy is an army officer; Yossi, Shlomi and Gill are students at Tel-Aviv University; Omer is an officer in the IAF; Illana made aliyah to Israel from Florida after she graduated university. Today she is an officer in the IDF spokesperson unit.

Together as one group we bonded, hiked, traveled, partied, and discovered and strengthened our identity as Jews. We reinforced our notion of solidarity for the Jewish people. We ask questions and tried to get a better understanding of what we as Jews are responsible for around the world. We established a connection to the people and land of Israel. Soon the faces became friends. This magical moment happened one night in Jaffa when we went to a concert of an Israeli singer. You could barely notice who was American and who was Israeli because
everyone sang together in Hebrew and English.

The most remarkable day was Shabbat. When we arrived in Jerusalem, we visited the Western Wall. Later, we had a Shabbat service, sang Lecha Dodi and other songs together, and shared a meal. For more than half of the group it was their first Shabbat meal and service. During the day of Shabbat, four participants came to me and shared their unique personal stories with me, and they all made the same decision—to have a bar or bat mitzvah on Masada!

On Monday at 5:00 a.m., we started to climb up Masada. It was so dark that you could notice the stars. As we arrived we beheld the beauty of the sunrise reflected in the Dead Sea. We gathered in the old synagogue of the stronghold. I took aside the bar and bat mitzvahs while the rest of the group to sang Od Yavo Shalom Aleinu. The bar and bat mitzvahs were nervous to read in front of the group. We entered into this 2,000 year old synagogue to singing and clicks of cameras. Each one read his or her part of the Torah portion and said a few words. We all gathered together in one big achim (brothers) circle, hugged each other and danced with the joy and happiness of this remarkable moment.

I thought that I went on Birthright to make sure that the participants got everything and more out of the trip, but they were there for me, too. They showed me how it’s important to question yourself and wonder about who you are, to strengthen your identity and to be a part of a community—one that has 3,000-year-old roots.

We Jews cover the world with our branches. Here in our Indianapolis community, we have a strong limb that has a lot of twigs. But, trees need sun, water and a lot of care. We have to continue to invest in our identity any way we can.