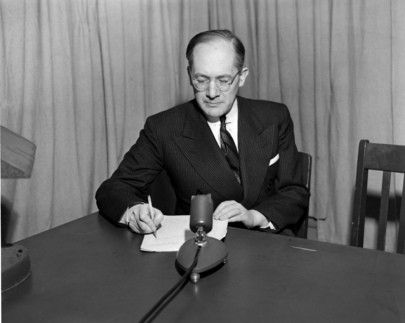 “…at all periods of history, genocide has inflicted great losses on humanity, and being convinced that, in order to liberate mankind from such an odious scourge, international co-operation is required…”

– Convention on the Prevention and Punishment of the Crime of Genocide, 1948

In 1944, as the wholesale slaughter of Jews raged unabated in Europe, a Polish-Jewish refugee and lawyer named Raphael Lemkin coined a new term to define what the world was witnessing: genocide. Over the next four years, Lemkin worked tirelessly to develop a resolution to protect civilians from identity-based violence and punish those responsible for this newly named -- yet historically-old -- crime. He desperately tried to convince world leaders at the fledgling United Nations of the necessity of international human rights law and implored them to adopt his resolution. On December 9, 1948, his hard work paid off. The Convention on the Prevention and Punishment of the Crime of Genocide became the first human rights treaty adopted by the General Assembly of the United Nations.

Lemkin’s research into historical accounts of genocide coupled with the knowledge of Nazi extermination policies during the Holocaust greatly informed the elements of genocide outlined in the law. According to the Convention, acts of genocide include the following actions when taken with the intent to destroy a group in whole or in part: (a) killing members of the group; (b) causing serious bodily or mental harm to members of the group; (c) deliberately inflicting on the group conditions of life calculated to bring about its physical destruction in whole or in part; (d) imposing measures intended to prevent births within the group; (e) forcibly transferring children of the group to another group.

For the past 72 years, the international community has looked to the Convention to inform its decisions around mass atrocities with the understanding that, should an act of genocide occur, it is the responsibility of nations to prevent its continuance.  However, time and time again, the international community has failed in its responsibility to protect. Politicians argue over technicalities and weigh the amount of money that might be spent against the amount of lives that would be saved. We see this inability to act within our own government today. While some incremental measures have been taken, such as sanctions and denouncements, very little has been done to mitigate the ongoing violence against the Rohingya in Myanmar and the Uyghur in China. While we debate, they die.

The Jewish community has the unique responsibility of tikkun olam (“repair the world”) set out in the classical rabbinic teachings of the Mishnah. How can we -- our own community – further the goal of tikkun olam and take action to effect real, lasting, and positive change around these issues? We can educate ourselves on human rights issues occurring around the world today and put pressure on our local government representatives. We can support the work the Indianapolis Jewish Community Relations Council is doing surrounding these issues and become involved in programs and advocacy campaigns they set forth. We can volunteer with local organizations who are dedicated to preventing mass atrocities and mitigating identity-based violence, such as the Crane Center for Mass Atrocity Prevention, OBAT Helpers and Darfur Women Network. When we come together as a unified community committed to raising our voices on behalf of those who have lost theirs, we can generate change and positively impact the world.