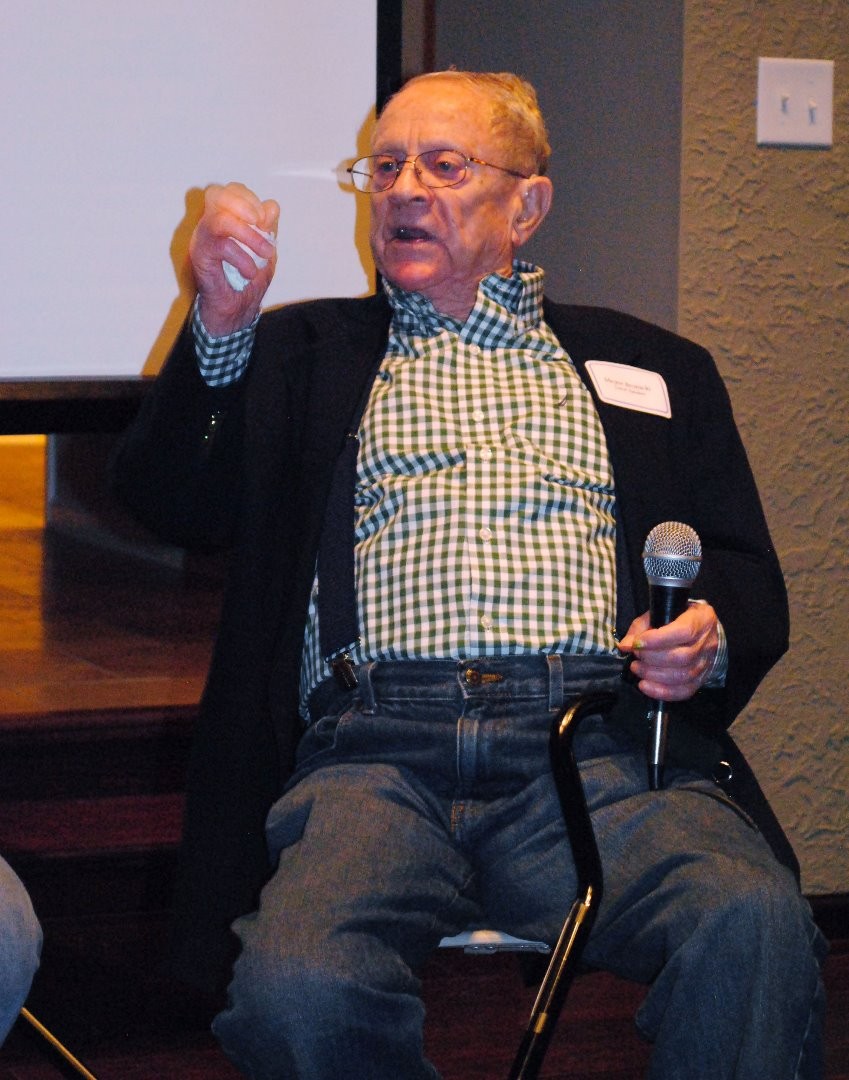 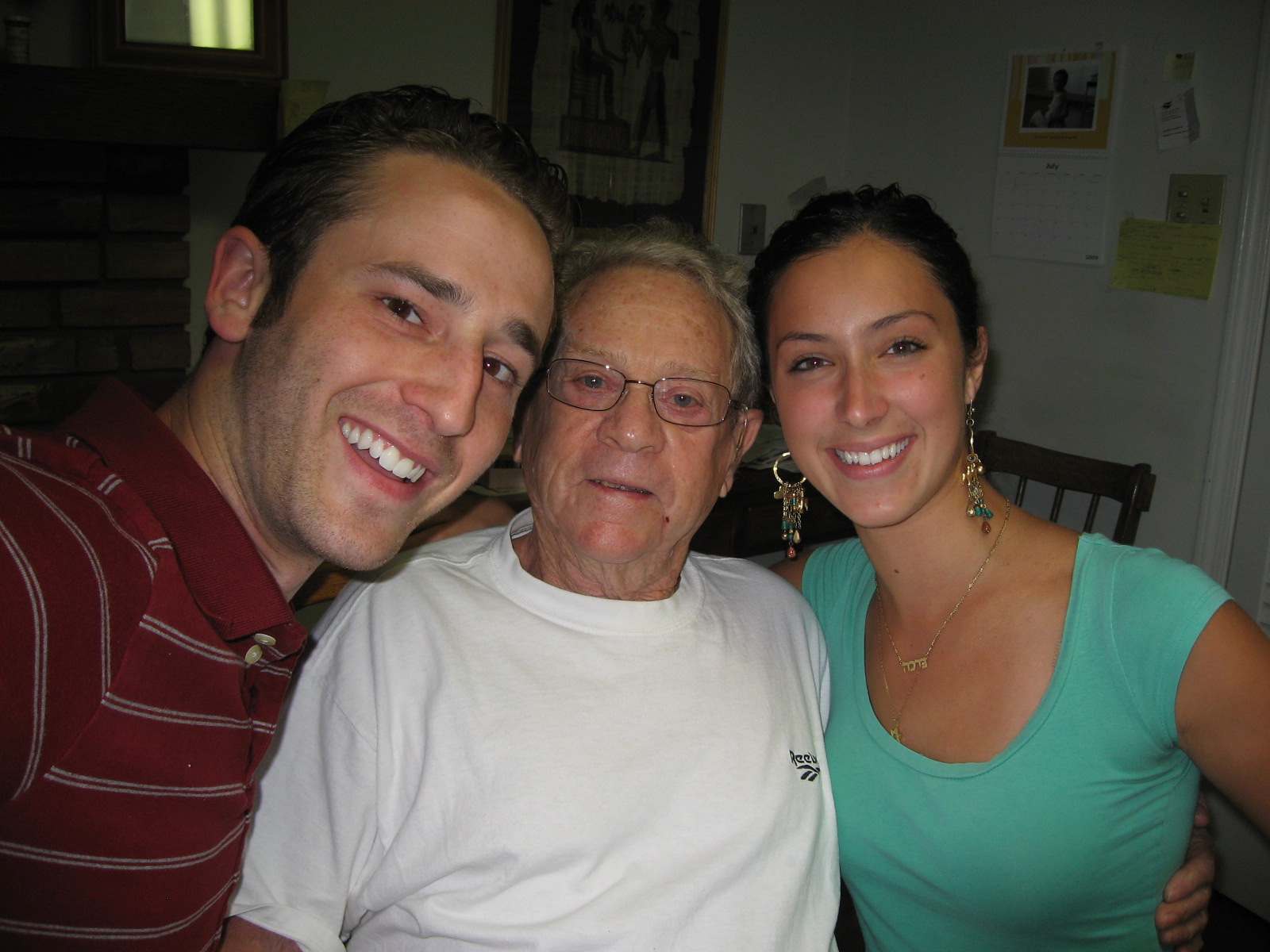 It’s not every day that you meet somebody like Meyer Bronicki. Most people live their entire lives without meeting a person like him. I suppose that’s why, years after we were introduced, I feel compelled to share my story—one that is part love, part serendipity and part amazing, but 100 percent true. My story only exists as a consequence of Meyer’s journey—and for those of you who have the lucky fortune of knowing Meyer, you know that he has quite a tale to tell.

I had completed my first semester of medical school in December 2008 and was playing basketball at the JCC every Sunday. One Sunday, my parents introduced to me as Meyer Bronicki. I remember feeling embarrassed when Meyer said that he knew a girl he thought I should date. Her name was Braca Benizry, and she was apparently a “beautiful and smart” student he had met at DePauw University. I had no time or desire to date. Every Sunday morning when Meyer and I would see each other at the JCC, he would remind me about the “beautiful and smart” girl he wanted me to meet. I had no intention of ever entertaining his matchmaking schemes.

In May 2009, I finally got in touch with Braca. I’ll contact this girl, nothing will happen, everyone will get off my back and I can continue my life the way I want. We met a week later. She broke up with her boyfriend the following day, and we were dating from that point forward. Every week, as I passed Meyer at the JCC, he would grin at me and say, “I told you she was beautiful. I told you she was smart. I found the perfect match.”
Meyer was born in 1924 in Poland where he grew up with his parents and four brothers. His childhood changed when Germany attacked Poland in September 1939. Over the next couple of years, thousands of Jews were brought to Meyer’s village of Dvoretz. His father was taken to the Majdanek concentration camp in Lublin, Poland and was never seen again. Dvoretz was transformed into a labor camp, and Jewish residents were systematically killed without warning. Meyer, then 13 years old, recalls runaways from other camps sharing horror stories about mass executions by the Nazis.

It was at this point that Meyer decided to build a secret hiding spot for himself and his mother and brothers. He dug a hole in the ground underneath their home and covered the entrance with limestone to match the rest of the floor. In 1942 Meyer saw Nazi soldiers surround his village. Several buildings were on fire. He, his mother and brother hid in their secret spot, praying they would not be discovered. At one point, several Nazis searched the home. “I could see the boots of the Nazi soldiers above me through a crack in the floor, and I knew they were looking for me,” Meyer recalls. He was terrified that he and his family would be burned alive if they didn’t get out. That night Meyer and his mother escaped but were forced to leave his younger brother, who had polio, behind, because he couldn’t run—he was never seen again.

Meyer, his brothers and mother wandered for days trying to find a place to hide. Finally a woman gave Meyer a shovel and a loaf of bread. He dug a hole, which he describes as a deep grave, under a tree stump. They stayed there for three months during the winter of 1942-43, living mostly off of bread and melted snow. He’ll tell you that temperatures reached 30 degrees below zero.

One day, Meyer heard about the Bielski brothers, four brothers who were leading a Jewish underground resistance group. They had escaped from Nazi-occupied Eastern Europe into the forests, where they joined with Russian resistance fighters and built a village to protect themselves and Jewish noncombatants. Meyer, his brothers and mother found them in the woods and lived with them for over two years in the Naliboki Forest (now Belarus, also known as “Jerusalem in the Woods”).

Meyer  was nearly killed many times. Once, he was carrying a bucket of water and a bullet from a Nazi shoulder went through the bucket, missing him by inches. Another time, he was under siege by several Nazi soldiers and recalls looking up to see a rain of pine needles sprinkling down on him as the bullets pierced through the forest vegetation. When asked if he feels lucky that he survived, Meyer responds, “God took me by the hand and led me around all the time.”

Meyer, his brothers and mother were among the first Jews to live with the Bielski company and one of the more than 1,200 who survived the Holocaust. Meyer was trained for guard duty and perimeter control, and according to him, “I was a great shot.” He later became an expert in building shelters for over a thousand people without the use of nails. The Bielski brothers group was liberated on July 10, 1944 by the Russian partisans as part of Operation Bagration.
Meyer lived in Poland following the war and moved to Israel during the reparation efforts by Germany after World War II. In 1959, he married his wife Shoshana That same year, Meyer traveled to the United States with his wife, brother and mother as part of a sponsorship from the Jewish Federation. He lived a happy and fulfilling life in Indianapolis, raising two sons and established strong connections to the local Jewish community. Shoshana passed away in 2010, leaving Meyer with more than 50 years of cherished memories.

Meyer speaks about his experiences during the Holocaust around Indiana. His favorite audiences are young adults, likely because he was one himself during the war. Meyer visited his hometown of Dvoretz, but has not been back to the forest. When asked if he wants to go back, he simply says “No, never.” He denies ever questioning God’s existence during his journey and remains a faithful believer in God to this day.
My wife and I married in October 2011. Meyer will tell you that his reason for surviving the Holocaust was to introduce me and Braca. He will use terms like “destiny” and “fate” to describe our introduction, and thinks God’s plan for him involved his matchmaking that led to our marriage. As one of the few remaining survivors of the tragedy of the Holocaust, Meyer serves as a constant reminder that we should never forget those fateful years which transpired not so long ago.