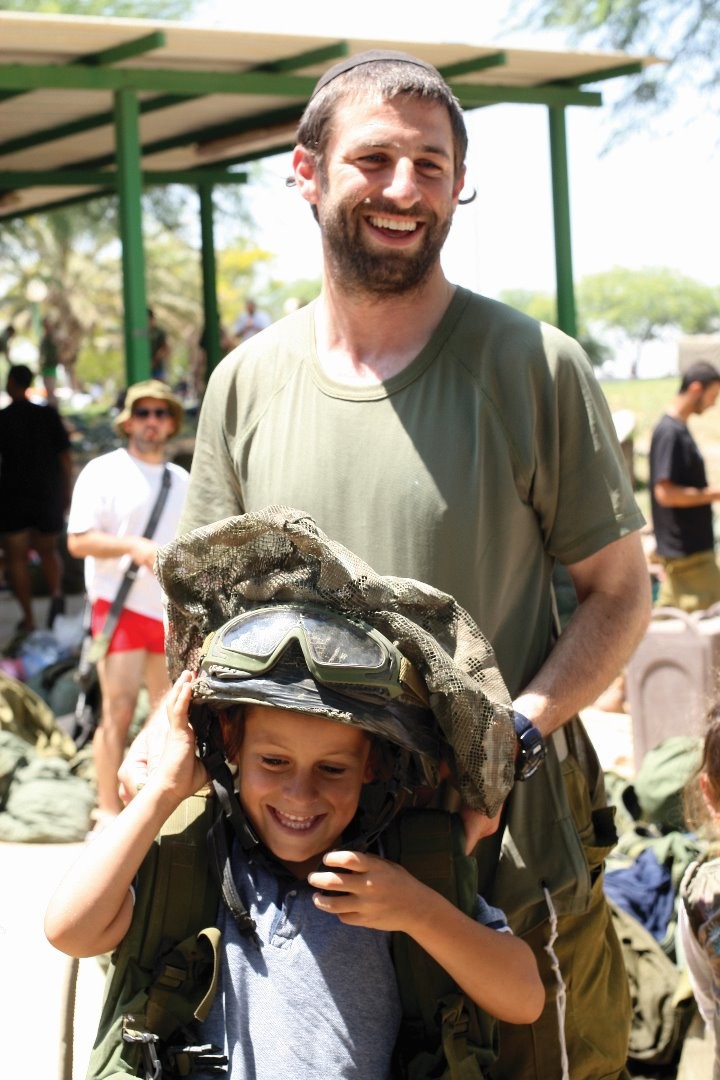 It is a long distance from Indianapolis to Israel’s Negev desert. Jeremy Sandock, a 32-year-old Indianapolis native, knows this all too well. He and his wife Yaara and four children ranging in age from 3 to 7 years old live in Neve, a small religious community six kilometers from Gaza. Despite the proximity to Egypt and Gaza, his heart and his family are in the Negev.

After growing up in Indianapolis and spending time in Israel as a teen and young adult, Jeremy decided that he was more comfortable living in Israel than Indianapolis. In Indianapolis, he says he “felt different, like I didn’t fit in.” In 2000, he decided that Israel was where he wanted to put down roots. His active duty experience in the Israel Defense Forces reinforced his decision to become an Israeli citizen. Israel is now his home. Jeremy feels strongly that by living in Israel there is a greater possibility that his children will remain Jewish.

Jeremy’s work life as a software tester at EMC Computers in Beersheva was interrupted by the Protective Edge military operation into Gaza. Despite preparations for an impending family visit to Indianapolis, Jeremy had two hours to join his army unit for active duty. During the operation, his unit found two tunnels, weapons and abandoned Gaza homes. Meanwhile, back home in Indiana, Jeremy’s parents, Paul and Diane Sandock, eagerly waited for phone calls and emails. They shared their thoughts and emotions with members of the community at the Federation’s Stop the Sirens solidarity gathering. Fortunately, a week later, upon his unit’s return, Jeremy was able to safely rejoin his parents, wife and children and extended family here in Indianapolis.