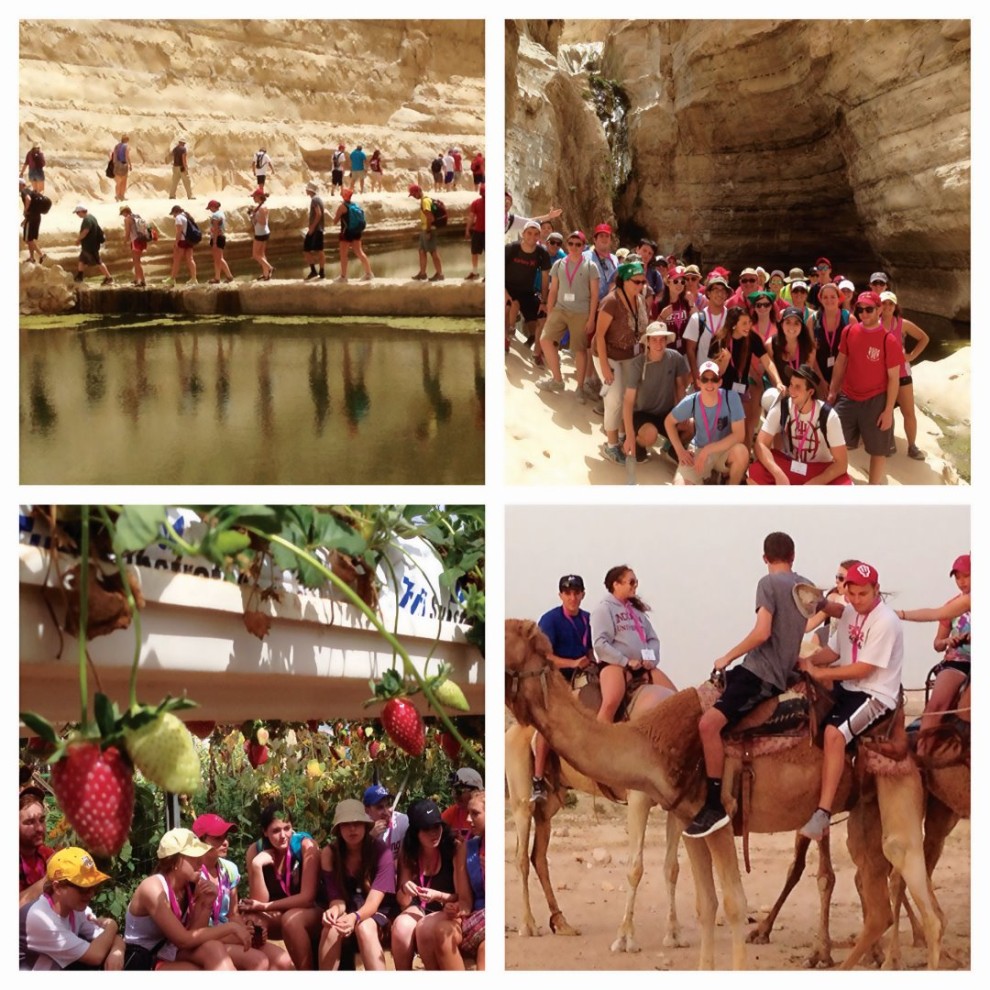 Seventy-seven students from IU Hillel went on Hillel Taglit-Birthright Israel trips this summer with IU Hillel staff. Another 10 IU Hillel students went on national Hillel trips. As they began their 10-day journey, students spoke about the gift of Birthright and why they had chosen to join the trip, giving a wide range of reasons for attending. The group traveled to the Negev, hiked Ein Avdat Nature Reserve, ate and slept in Bedouin tents, rode camels and visited Masada and the Dead Sea. They journeyed to the Galilee and Golan Heights and rafted on the Jordan River, stood on the top of Mount Bental overlooking Syria and experienced Kibbutz life. They learned about the Partnership2Gether at the Western Galilee College and Hospital. They visited the Shuk Ha-Carmel, Independence Hall and the beach in Jaffa and Tel Aviv. In Jerusalem, they visited Yad Vashem, the Old City, the Western Wall, the Jewish quarter and the excavations.

The group not only toured around Israel, but also learned about some of the meaningful work that Israel does to repair the world and to bring about a more fair and just world. Thanks to a grant from the Seed the Dream Foundation, students visited Stand With Us, an international non-profit that supports, educates and advocates for Israel on college campuses around the world, countering anti-Israel propaganda. They also visited Save a Child’s Heart, whose mission is to improve care for children with congenital heart disease from developing countries including Syria, Jordan, parts of Africa, China, Gaza and the West Bank who would not have access to surgery.

One of the buses was lucky to have the Israeli soldiers for all 10 days instead of just five days thanks to the Seed the Dream grant. The Israeli soldiers participate on the trip alongside the American. One of the students said, “The five soldiers are similar to us in age, but they live a completely different life than any of us. Learning about their daily routine in the Israeli Defense Forces really puts into perspective how different our lives are.”

After these 10 days, the students were inspired and had deepened their connection to Israel and Judaism. One student shared, “I had an incident in September and it made me wonder if I had to take my (Jewish) star off because I’m not religious enough. I learned in Israel through seeing the soldiers and meeting Israelis that I can have a source of pride in this star and in the Jewish culture. It’s really brought me back home.”

The life-changing experiences and feelings were deepened through the strong and meaningful relationships that the students built with one another, the Hillel staff members, Rabbi Sue Silberberg, Phillip Silberberg, Ally Turkheimer and Jon Schulman, the Israeli soldiers and the tour educators. Follow-up plans include fundraising by students for Save a Child’s Heart and the Western Galilee Partnership2Gether and working with Stand with Us promoting pro Israel advocacy on the IU campus.