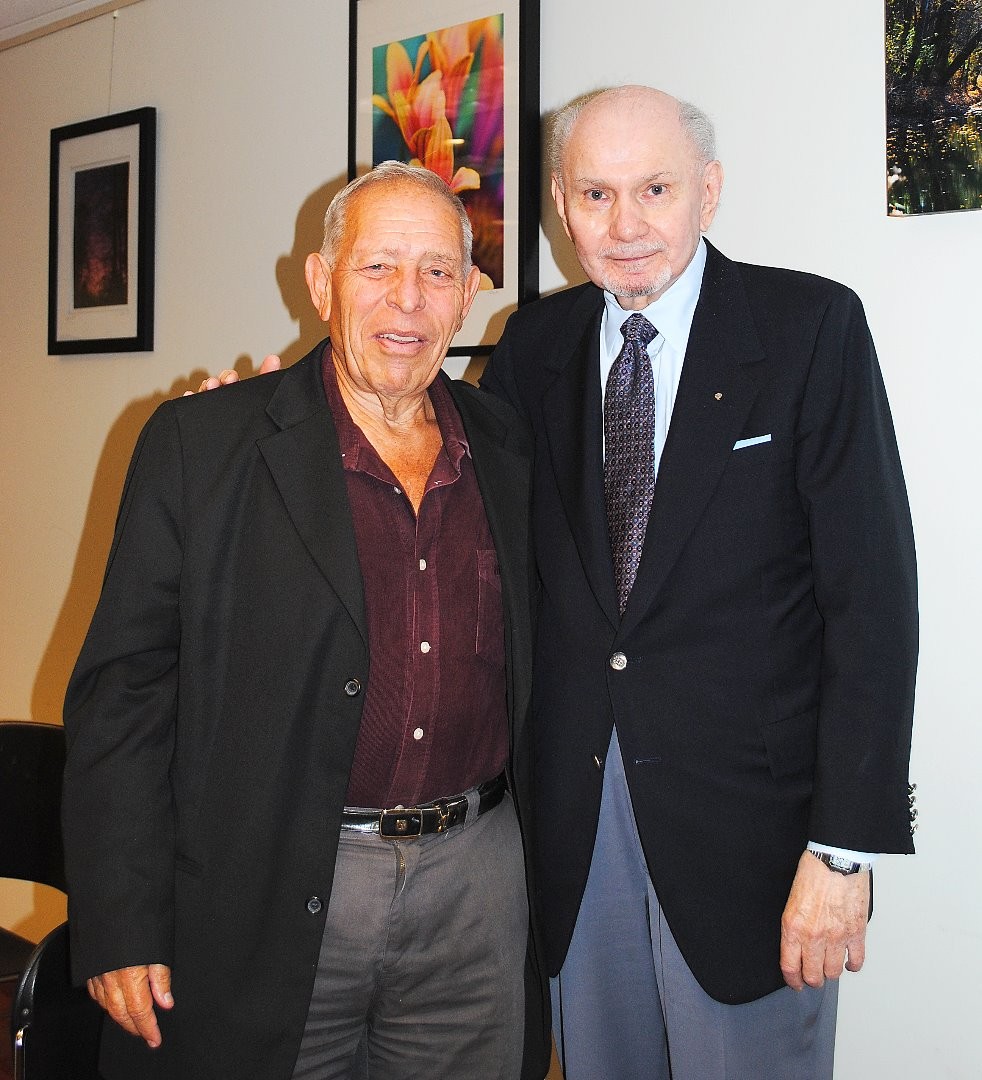 On November 18,  we welcomed Micha Feldmann, author of On The Wings of Eagles: the Secret Operation of the Ethiopian Exodus to Indianapolis. Known as Abba Micha by the thousands of Ethiopians he has brought to Israel, Feldmann worked for the Jewish Agency for Israel beginning in 1970. In 1990 he was appointed as the Jewish Agency’s representative and Israeli consul in Ethiopia. He oversaw the immigration of over 14,000 Jews from Addis Ababa in the two-day Operation Solomon airlift. Since then he has devoted his life to the immigration and settlement of Jewish Ethiopians. His work is historic, and we were honored to have him here.
Feldmann spoke with students at University High School and fifth and sixth graders at the Hasten Hebrew Academy. The students were excited to hear his stories of how kids their age took amazing risks for a new life in Israel. Many told their parents to go hear Micha later that evening.
At the evening event, community members learned about the secret operation behind Operation Solomon and how this work inspired Feldmann personally. His stories are part of our collective Jewish history. Many in the room remembered each aliyah and how they helped raise funds through Federation to support these efforts.
We have a Hoosier connection to this story, too. In 1984, while International President of B’nai B’rith, Gerald Kraft of Indianapolis played a key role in the facilitation of Operation Moses, the first major wave of immigration by Ethiopians to Israel. Kraft and Feldmann crossed paths during that time, so this was a reunion of sorts. To hear each man share his pride in the role he played shaping Jewish history was inspirational.
Many thanks to Bernard Hasten for helping us to bring Abba Micah to Indianapolis. Hasten traveled to Ethiopia with his teenage daughter two years ago, where they met Feldmann and participated in a flight bringing Ethiopians to Israel.
This year the Jewish Agency for Israel officially closed the efforts the bring Ethiopian Jews to Israel. However, the work is not done. There are currently over 120,000 Ethiopian Jews in Israel. Our dollars support absorption efforts, vocational training and educational programs that cross generations and help this unique immigrant community participate fully in Israeli life.