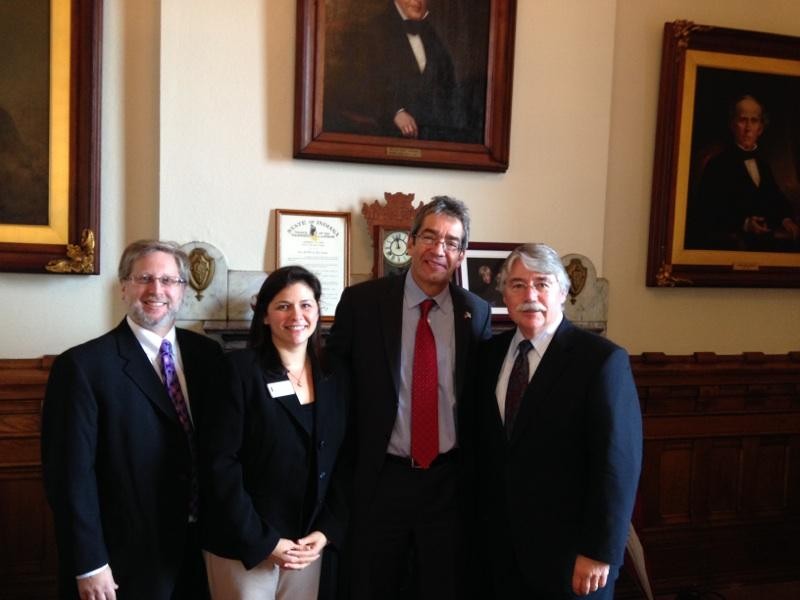 Indianapolis was visited for the second time by Israeli Consul General to the Midwest Roey Gilad in November. The JCRC played a key roll in securing a strong schedule for the Consul General during his visit, which focused higher education and the value of strong partnerships between Israel and U.S. institutions of higher learning.

The Consul General and JCRC met with Presidents Daniels of Purdue, McRobbie of Indiana University and Danko of Butler University, as well as other high ranking administration staff and professors. Consul General Gilad was also able to meet with Indiana Attorney General were he discussed state wide Iran Divestment and Disbarment legislation, of which Indiana and JCRC has been a national leader. The educational tour by Consul General Gilad was a jumping off point for new and exciting partnerships to be created between Indiana and Israeli colleges and universities.