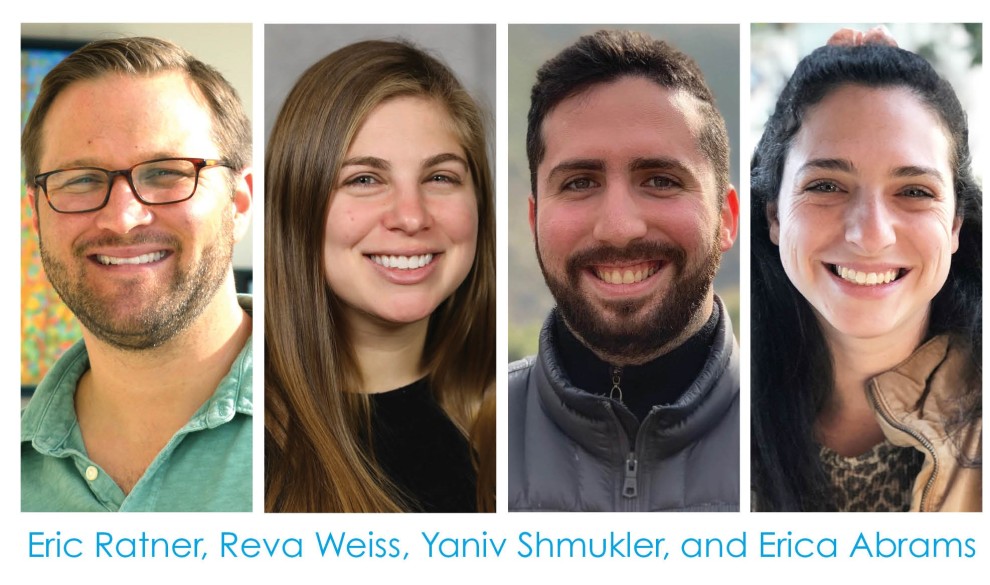 The NEXTGen program, an initiative for young Jews in their 20s, 30s and 40s, will soon undergo a transition in leadership. Outgoing co-chairs Reva Weiss and Eric Ratner will hand over the reins to incomers Erica Abrams and Yaniv Shmukler.

Ratner, a Sales Account Executive at NBC-affiliate WTHR and Weiss, a Complaint Investigator/IIEP Specialist at the Indiana Department of Education, have led NEXTGen members to engage in diverse programming for the past 2 years. Some events, like monthly happy hours, were opportunities for young Jews to build relationships with their peers. Others, like Nice Jewish Brunches, were opportunities to engage with intersecting groups like the LGBTQ+ community.

“To me what is important and what has been important is to foster that next generation of leaders, to bring a new voice,” Ratner said about his time as a Co-Chair.

Ratner and Weiss helped found LEADS, the first program of its kind in Indianapolis. Participants learn the information and skills necessary to grow into leadership positions within the Federation and the greater Indianapolis Jewish community. The duo hosted many successful, wide-ranging events and programs, such as  JSwipe founder David Yarus, and partner programs with PJ Library like fruit picking at Spencer Farms. Some of the events, including the annual Light it Up holiday party, engaged as many as 150 attendees.

“I have had so many unique interactions as a result of being co-chair, both in terms of meeting new people and getting exposure to things I otherwise wouldn’t have,” Weiss said.

Ratner and Weiss give special thanks to NEXTGen Director Matt Kramer-Morning and the JFGI staff for all of the support during their time as co-chairs.

“Certainly, without their support in advertising, sending email blasts, and helping coordinate so many wonderful programs, we would not have the NEXTGen community we have today,” Ratner and Weiss said. “We also want to thank our families for their support.”

They added “Being Jewish makes us both proud. We were happy to help serve the Jewish community and look forward to continuing to give back.”

Now, two new co-chairs take their positions, hoping to build upon the legacy of past co-chairs.

He said the NEXTGen co-chair position is an opportunity to make positive change in the community.

His says his experience as a Jewish professional will inform his work as a co-chair, while his experiences as an Israeli and as a Russian speaker inform his goals to promote the diversity within the global Jewish community.
Teacher Erica Abrams has been involved in NEXTGen since she moved to Indianapolis several years ago. Her involvement on other boards and committees for JFGI and Jewish Family Services (JFS), and through JFS’ Parent’s Night Out program, will enhance her role as a NEXTGen co-chair. She is excited to engage NEXTGen members in opportunities for service.

“I think we’ve got a lot of growing to do, and a lot of opportunities for improvement, and I’m really excited to be a part of that change,” Abrams said.

Abrams says she wants to see an increase in thoughtful, creative, and regularly scheduled programming.
By tapping into community members’ diverse skill sets and backgrounds, co-chairs Abrams and Shmukler say they plan to design “programming with a purpose,” by engaging NEXTGen members to attend programs more regularly.
“I’m looking forward to building a stronger community for NEXTGen, better programming, and helping people find a safe space and social space for themselves,” Abrams said.