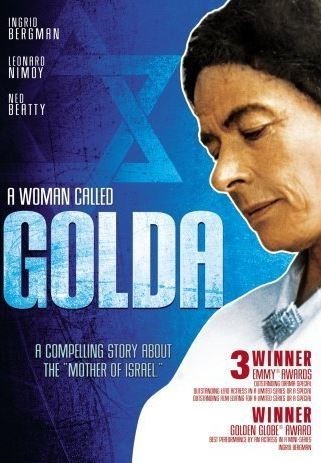 The second Indianapolis Jewish Film Festival brings a collection of films from Ingrid Bergman’s starring role in A Woman Called Golda, to The Chosen, starring Robbie Benson, now a film production professor at Indiana University. Above and Beyond relates the story of unbelievable Jewish chutzpah of Jewish-American war pilots who smuggled aircraft out of the US and flew them during the 1948 Israeli War of Independence.

These are three of the nine Jewish movies at this year’s festival, which presents topics that raise significant issues, touch the heart, and demonstrate true heroism. The Festival begins April 23 and concludes May 3. The films will be shown in five locations.

“Last year’s premiere of the Festival was truly rewarding,” said executive producer and founder of the festival, Indianapolis community leader and attorney, Robert Epstein. “We knew we had great films and good locations, but you never know what the response will be,” Epstein said. He said last year’s first festival drew more than 1,000 film lovers of all faiths and traditions.

Epstein said Jews have a long history in theater starting off-Broadway, and then producing on the Great White Way, and eventually moving to Hollywood. “Our committee, made up of members of our Temple Beth Shalom congregation and non-Jews, selected films that are entertaining and thought-provoking. All of the films offer new insights into the human condition and especially the Jewish heritage and living in the Mideast,” Epstein said. The Indianapolis Jewish Film Festival joins about 60 other Jewish film festivals in the US.

Crossing Delancey tells the romantic story of a New York City bookstore owner (Amy Irving) who eventually finds her true love. You can find or reaffirm your true love in a real Jewish wedding ceremony during the Festival’s Gala,

Sunday, April 26 at the Indianapolis Central Library. The wedding will be officiated by Rabbi Stanley Halpern. The ceremony and gala include a klezmer band and kosher-style food. Crossing Delancey will be shown following the wedding ceremonies.

Review the film schedule at www.indianapolisjewishfilmfestival.com.