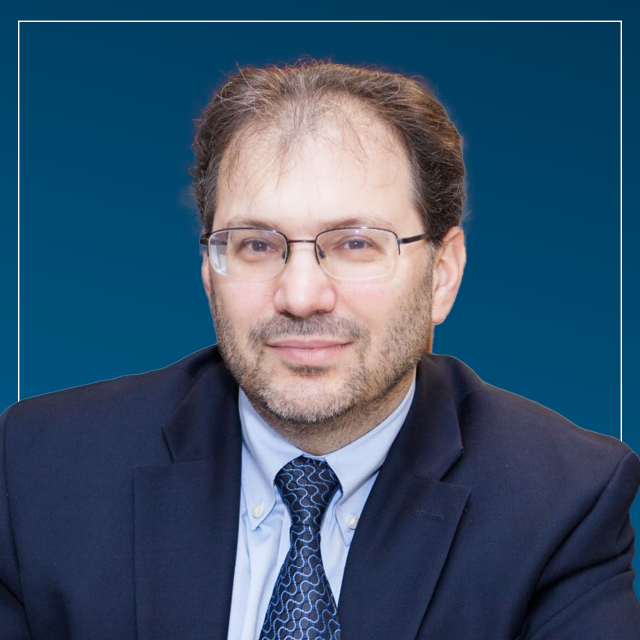 As 2021 comes to a close, the Jewish Federation of Greater Indianapolis (JFGI) has some exciting news to share! The JFGI Board of Directors approved the hiring of Marc Swatez as the organization’s new CEO during a special meeting on Tuesday, Dec. 28.

This past summer, a search committee chaired by Barry Wormser and Greg Maurer was formed to find the next Federation leader. The committee met with various community leaders and constituencies to gather input on what was needed from its next leader. The committee partnered with Kittleman & Associates, a Chicago-based company devoted entirely to recruiting non-profit executives, to develop a job description and launch a nationwide search beginning this fall. An extensive interview process continued with a candidate chosen at the end of December.

Swatez stood out to the search committee for his leadership abilities, fundraising experience, collegial attitude and overall successful performance in previous positions.

Marc comes to Indianapolis from the Chicago area where he’s had a broad range of Jewish philanthropic experience over the past two decades. He served as the longtime CEO of The ARK, a large, community-funded agency which provides medical, legal and social services for Chicagoland Jews in need. Prior to his role at The ARK, Marc was executive director for a congregation in Deerfield, Ill. In addition to his leadership and fundraising experience, he has worked in the Jewish educational space from the very beginning. He worked as a Jewish educator for the Jewish Community Federation of Richmond, Va., and also teaches at Spertus Institute in Chicago where he is a faculty member in the Master of Arts in Jewish Professional Studies program. Marc earned a B.A. at Drake University and both an M.A. and Ph.D. from Northwestern University.

Board President Leslie Rubin said “Marc has the perfect skill set for this important position and we’re thrilled that he will lead us in Indianapolis. His meaningful experience across the entire spectrum of Jewish institutions will be a tremendous asset to not only the Jewish community but the larger community of Central Indiana.”

Marc will assume his role as JFGI’s CEO on Monday, Jan. 10, where he will lead, facilitate, develop, and execute an ambitious and innovative strategic plan to drive Jewish community collaboration and cultivation. Development is also one of his core competencies as he has helped raise more than $100 million during his professional career with a special emphasis on cultivating major donors and foundations. His arrival also coincides with the culmination of a successful 2021 Annual Campaign, which reached its goal of raising more than $4 million.

Marc said “My priorities are to increase fundraising efforts, enhance agency relationships and develop more community engagement. I plan to continue to engage Jews in larger ways so they can develop a stronger connection to the Jewish community and Israel.”

Marc also is no stranger to the local Jewish community itself. He is a lifetime Midwesterner and has family with deep roots in Indianapolis. His family members have been longtime Jewish community supporters and have served in past executive leadership roles. He says he is looking forward to being a part of the community.

“The Indianapolis Jewish community is a medium sized one with rich history,” he said. “It offers a close-knit connection that larger Jewish communities don’t have. I am looking forward to guiding the communal agenda with the ways agencies and synagogues work together so that we can continue to grow and propel it into the future.”

The Federation is working to set up various Town Hall meet and greets for the community to meet Marc. More information on those meetings will be announced soon.