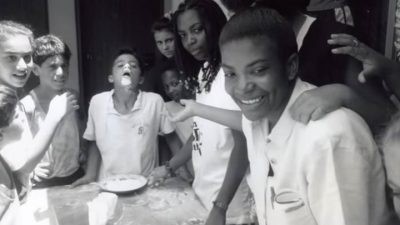 Presented by The Unity Project
A panel discussion and Q&A with the film’s producer and director follows the screening.

From 1988-2002, over 150 African American students from historically black colleges and universities travelled to Israel to observe social, political, and economic conditions. In this documentary, some of them return to Israel and recount their experiences of living in northern Israel, teaching English at the Lazarus Community Center in Holon, studying at Hebrew University in Jerusalem, and working alongside Israeli Arabs at the Givat Haviva Center for Arabic Studies.

Supported by the Efroymson Family Fund.