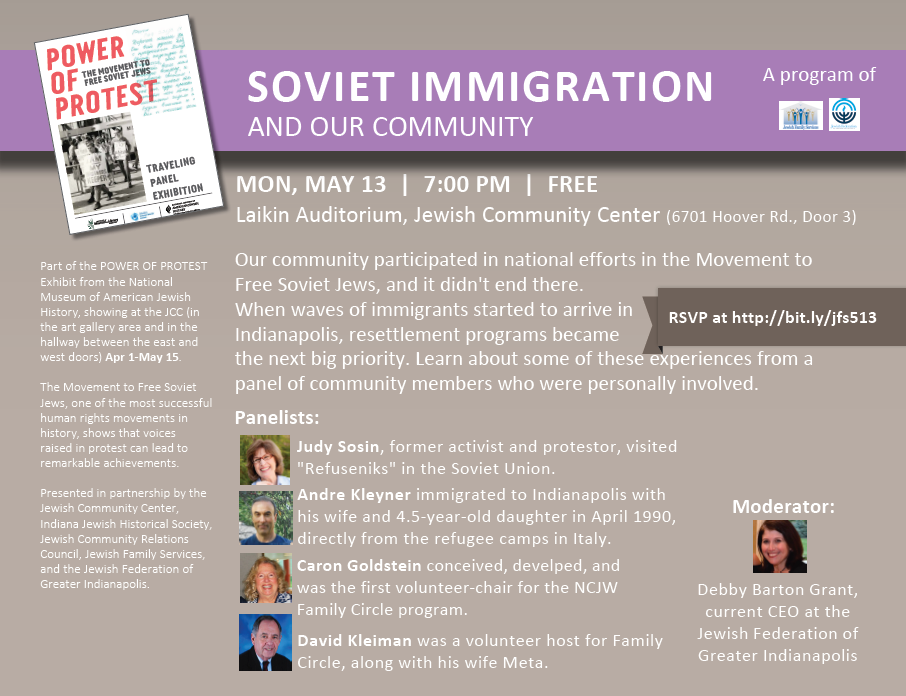 Our community was deeply involved in the movement to free Soviet Jews. Come check out the Power of Protest exhibit at the JCC and join us for a panel discussion and Q&A with community members who were personally involved. It is not just history; it is our home.

Stay after the discussion for a desert reception and speak one on one with the panelists.

About the Power of Protest Exhibit:
Power of Protest – The Movement to Free Soviet Jews Museum Exhibit from the National Museum for American Jewish History
April 1 – May 15

The Movement to Free Soviet Jews, one of the most successful human rights movements in history, shows that voices raised in protest can lead to remarkable achievements.

The JCC is honored to have been chosen as a select site display this unique exhibit from the National Museum for American Jewish History in Philadelphia. The display will be in the hall between the east and west door and in the art gallery area.

We have intentionally chosen this timeframe to display this professional exhibit because Passover, the Jewish celebration of freedom, falls during this period – April 19 – 27.