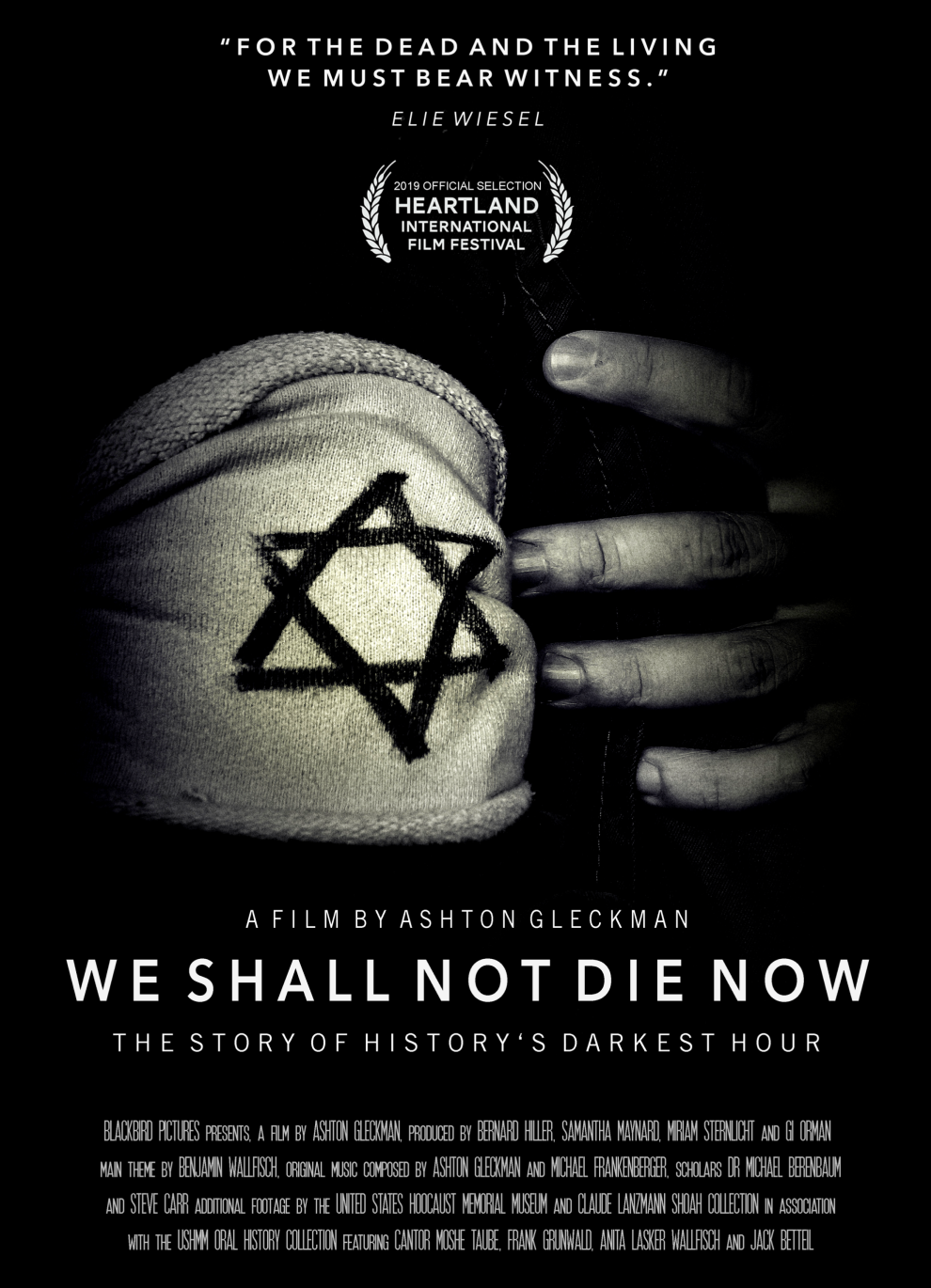 75 years after the conclusion of World War II, 18 year old, Ashton Gleckman traveled throughout Europe and the US to produce, direct and film this well made, absorbing film that explores the Holocaust through moving interviews and images. His story is fascinating. Gleckman explores not only the horrific tragedy and the lessons we can learn, but also the reliance of those who rebuilt their lives in spite of experiencing the unimaginable.

Gleckman offers his work as an opportunity to remember and meditate on the lessons of the Holocaust on Holocaust Memorial Day.

Following the film, Ashton Gleckman, who has also scored films, will discuss his experiences. Joining Gleckman will be Frank Grunwald, a Holocaust Survivor who is in the film will take questions.

We Shall Not Die Now won the Audience Choice Award for the 2019 Heartland Film Festival.