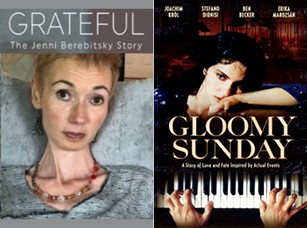 At age 33, Indianapolis Jewish community member Jenni Berebitsky had been married for 2 ½ years, had a 15-month-old son, and was just finishing her residency as a naturopathic physician when she was diagnosed with Amyotrophic Lateral Sclerosis (ALS), also known as Lou Gehrig’s disease.

A 20th anniversary screening of this classic film. Set in Hungary during World War II, the film follows Ilona and the three men who fall in love with her: Laszlo, a Jewish restaurant owner; Andras, a pianist who was inspired to write the song “Gloomy Sunday”; and Hans, a German businessman.

Presented in partnership with Heartland Film.