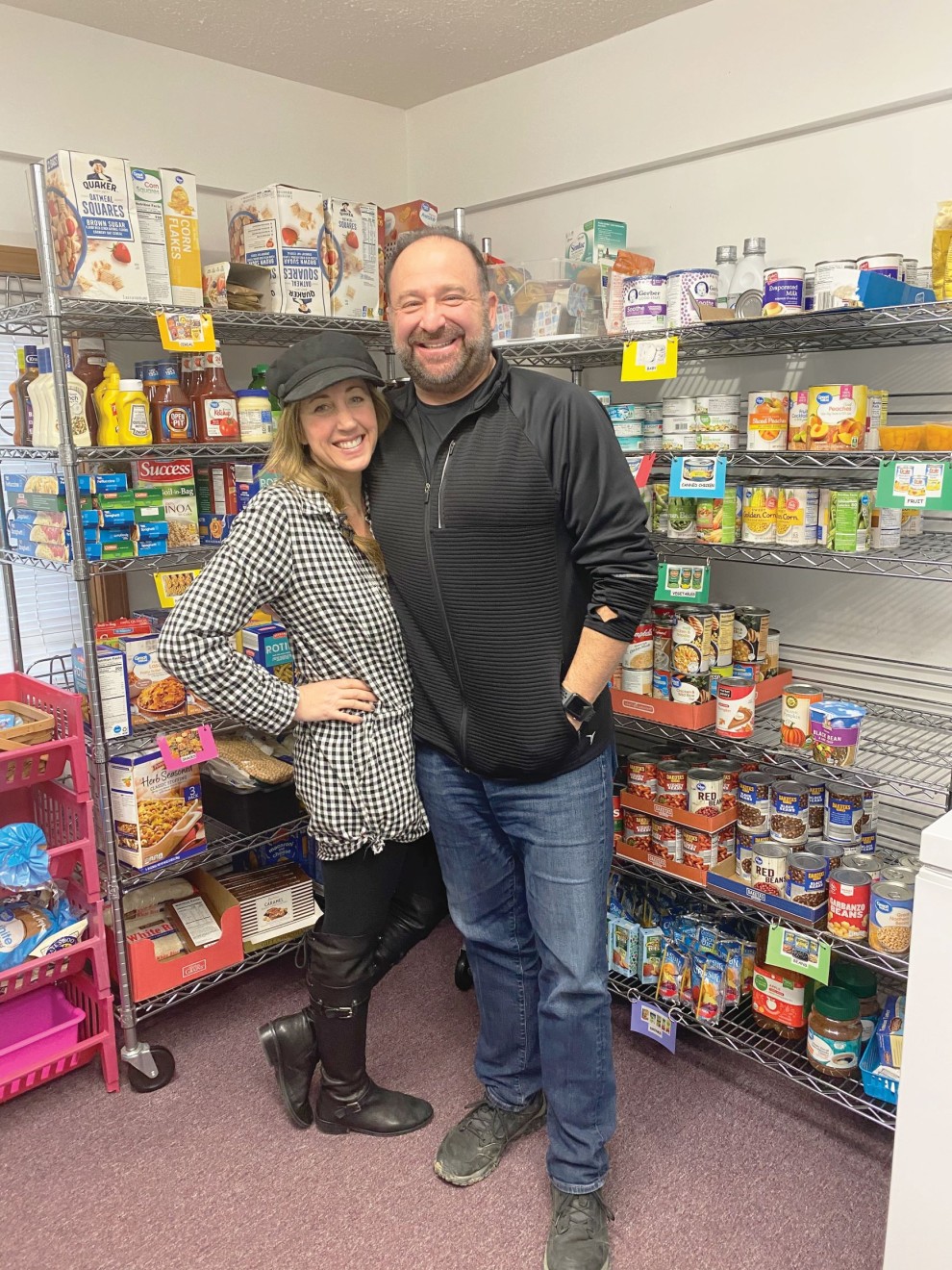 At a young age, Anton (Popsie) Berkovits z”l and Etta (Jacobson) Berkovits z”l survived going hungry and even death after being imprisoned in a Siberian labor camp during the Holocaust. The duo was able to escape after 7
years, and from that moment on, they dedicated their lives to feeding and serving others.
Back to the Beginning
Anton and Etta were very young adults when they were sent to the camps. They met inside, and married. Soon after, Etta was pregnant with Livia Klain Russell. They both knew they did not want to have a child born in the camp, so they decided to escape or die trying. They bribed an officer and successfully escaped to Hungary, where Livia was born. They then fled to Austria and had their second child, Joe. In Austria, Anton began his life-long career in the food industry by starting a trading business, which included bringing chocolates from Switzerland to Austria.
From 1951 until Anton was 82 years old, he worked in grocery stores in New York, New Jersey, and Indianapolis. He even owned a chicken farm! In 1965, the family moved to Chicago where he purchased his own chain of grocery stores. He went on to sell them and purchased more grocery stores in some of Miami’s highest underserved areas.
Connection to Food
Food was always important to the family, and Anton and Etta made sure they always had enough to eat, said Jodie Balber, Livia’s daughter and granddaughter to Anton and Etta. She said they knew what it was like to be without enough food, and never wanted anyone to ever feel that way again.
After serving people for a lifetime, Etta died in 1997, and Anton passed away in 2010. Livia wanted to do something to honor her parents. At that time, Jewish Family Services, through case management clients, noticed an increase request and need for food support in the Jewish community. There was only one food pantry in the area but they were only open once a week and they distributed pre-packaged bags of items (so no choice), and absolutely no Kosher items. Elaine Levinson z”l, a friend of Livia's, a lay leader and volunteer at the time, approached Livia with the idea of opening a food pantry, and soon after, plans were underway.
“My mother used to say that the worst thing in the world is being hungry. That feeling in your stomach when you don’t have enough to eat is painful. In the camps, people would almost kill for a slice of potato and that’s how they lived for 7 years,” Livia said.
Unlike Any Other Pantry
David B. Klain, Livia’s son and grandson to Anton and Etta, said Popsie’s Pantry is designed with special regard to people’s dignity.
“There’s a private meeting time where a client can visit the pantry, they can do it around their work schedules, they don’t have to wait in line, and they get to pick out what they want to eat,” he said.
The family contrasts the unique operation of the pantry to the time when Anton and Etta were in the camps.
“The Nazis took away the Jews’ dignity,” David said. “The hardship our grandparents were in was completely different than anything you can fathom, but hardship is hardship, and this pantry serves those who have hardship until they can get back on their feet.”
David says Anton and Etta were able to survive and escape with the help of several people, and that’s exactly what the pantry does – it provides resources to help others survive.
“They survived from help along the way whether it was a soldier they bribed or someone to sponsor them into the U.S., but you still rely on someone helping you get there. That was their whole life and that’s what this is. Helping someone and giving them the resources to be successful. They spent their life paying it forward.”
Feeding the Future
The Pantry was the perfect legacy gift to honor Anton and Etta because they worked so hard to support the communities where they lived. The pantry is just an extension of what Anton started. The family hopes the pantry will continue to grow and be funded beyond the immediate needs and can help as many people as possible without any limitations. They also hope people remember Anton and Etta’s names as real people who survived the Holocaust so their lives can live on through future generations.
“It’s important to keep a personal connection and touch because this was real and it can always happen again if we forget,” David said.