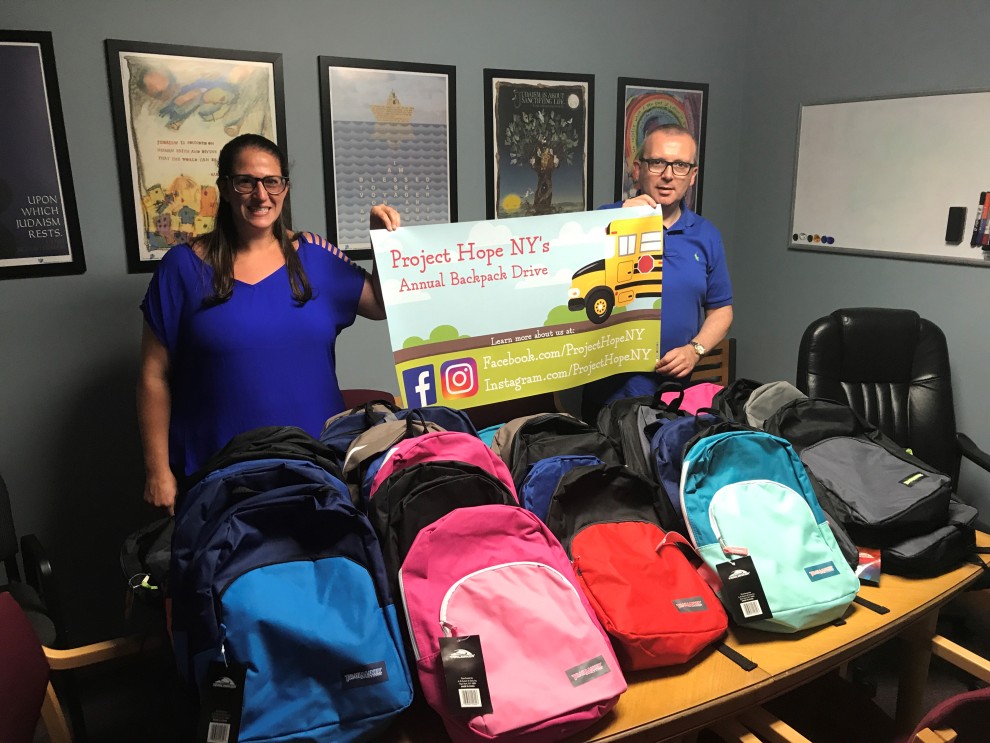 Four and a half years ago, Robert Rising and Peter Cukier started Project Hope NY in response to the support Robert and his family received when his mother fell ill. Robert explains, "Project Hope NY is an organization that brings joy to those that are facing life's trials and tribulations. Whether it's children with cancer, the homeless, local schools, people in the community in need, we try to help them. It could be a gift bag, gift cards, toys at Christmas and Hanukkah, coats, hats, blankets, donating food to local food pantries, computers and new books to local schools, or our yearly backpack drive, we do what we can for the community."

“Project Hope NY started from my own personal tragedy. In 2012 my mother had a brain aneurysm and ended up being in a coma for months after the surgery. Than it was many months of rehab to learn to walk, eat, and do everyday tasks again. She was hospitalized for a year and still isn't 100% recovered. While she was in the hospital my father and I would be by her side 16-18 hours each day, every day. Hospitals are a very stressful place. The smallest acts of kindness while we went through this trying time really made a difference in our day. It was those acts of kindness that planted the seed and Project Hope NY was born a year later.” 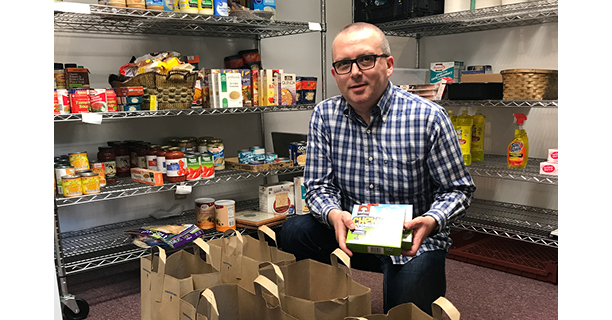 Peter Cukier dropping off a donation to Popsie's Pantry

Upon Robert and Peter’s move to Indianapolis in 2015, they brought local Indy organizations into the fold while still maintaining partnerships formed in New York. “Project Hope NY has been on our mission for four and a half years now. Even though we moved from NYC, we still are heavily involved still with all the organizations (Memorial Sloan Kettering Cancer Center, St. Mary's Healthcare System for Children, Reaching-Out Community Services, Inc., Maimonides Medical Center, etc.) we've helped throughout those four and a half years. Just because we moved didn't mean the help would stop. And now we are heavily involved in the Indianapolis community (Peyton Manning Children's Hospital, Riley Children's Health, HVAF of Indiana, Wheeler Mission Ministries, JFGI, Pike Township Schools, etc.) It's a lot of work juggling charitable endeavors in two states, often at the same time, but I wouldn't change any of it. It's my passion, it's my heart,” Robert said.

Jewish organizations are especially dear to Peter: when he was 17, a Jewish agency brought him to the U.S. from Poland, so he and Robert give back whenever possible. In July, Project Hope NY donated 50 backpacks full of school supplies to JFS’ Backpack Attack campaign.

Robert’s passion for charity work is infectious. “Peter and I are just two ordinary people that want to do good in our local community. I am blessed that I have a lot of family and friends that support our charitable endeavors. Social media is a great platform to share what you are doing with family, friends, and supporters. It's also a good way to get people involved in what we are currently working on and to gain new supporters. My message... Be the change. It starts with you.”