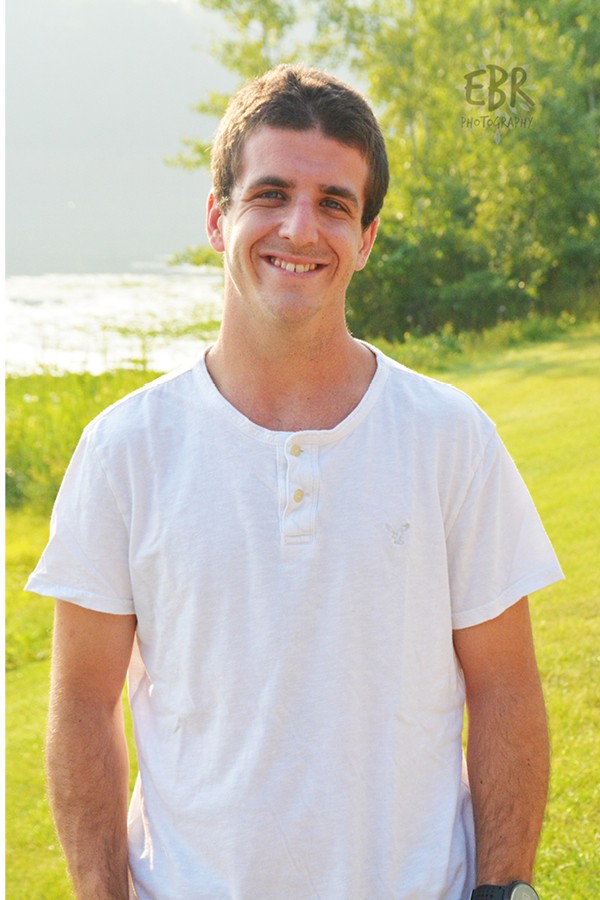 My name is Roie Gonen, and I am Indianapolis’ new shaliach. I’m 25 years old, and I come from a family of five: my parents, Yoram and Michal, and two younger brothers, Asaf and Omer. We live in a community settlement in northern Israel called Timrat, half an hour from the city of Haifa.

I was born in Atlanta, Georgia, but at the age of four, my parents and I moved to Israel. When I finished third grade we moved back to the U.S. to West Bloomfield, Michigan, where I attended Hillel Day School. After a year, we moved back to Timrat and I attended school in a moshav called Nahalal. In high school, I was part of a youth movement
in my community, working with young kids in 1st-10th grade. During our weekly meetings, we talked about holidays and current events in Israel.

In 2010, I graduated high school with a full diploma, majoring in biotechnology. Instead of taking the common path and joining the army straight after high school, I decided to volunteer for a year in my youth movement. I was placed in a komuna (“commune,” a small house that serves young adults who work together) with six people in Moshav Hatsav. As part of my work, I was in charge of all the youth programs and activities that took place in three townships. During my work I had the pleasure of working with kids ages 5-18 and their families.

After finishing a successful year filled with great memories, I joined the army. In 2011, I enlisted as a paratrooper, and after finishing basic and advanced training, I continued to Sergeant and Senior Sergeant courses. Throughout my service, I commanded different platoons all around the country, and I took part in the IDF’s “Operation Protective Edge” in the Gaza Strip.

In 2014, I completed my compulsory service and started working for the Partnership near my home. We are
partnered with Detroit, the way Indianapolis is partnered with the western Galilee. I was in charge of logistics and an initiative called the Israeli Camper Program, in which 84 Israeli kids are sent to a U.S. summer camp for two months. The program included weekly meetings where we prepared the kids for their summer overseas. I also applied to the Jewish Agency for Israel's "Summer Camp Shlichim​" program, in which JAFI sends young adults, mostly after their army service, to work in U.S. summer camps. I qualified and was placed in Tamarack Camps as a Trip Leader. After finishing one successful summer, I was promoted to supervisor of the "Tripping"program, which I did for two more summers.

I also took part in "The Leadership" program, where we took Israeli kids that finished a U.S. summer experience and gave them another opportunity to learn important leadership skills that could help them in the future. Besides weekly meetings as a group, we met with American missions coming from Detroit.

Some of my biggest hobbies are basketball and traveling — I've played basketball since I was five, and I recently traveled to New Zealand for a few months.

Over the years I have learned that my experience in leading people, whether young or adult, gives me great pleasure. The opportunity to be involved and active within the Jewish community in Indianapolis, learn about the challenges, contribute to strengthening young adults' relationship to Israel, and make new friends is something I look forward to!