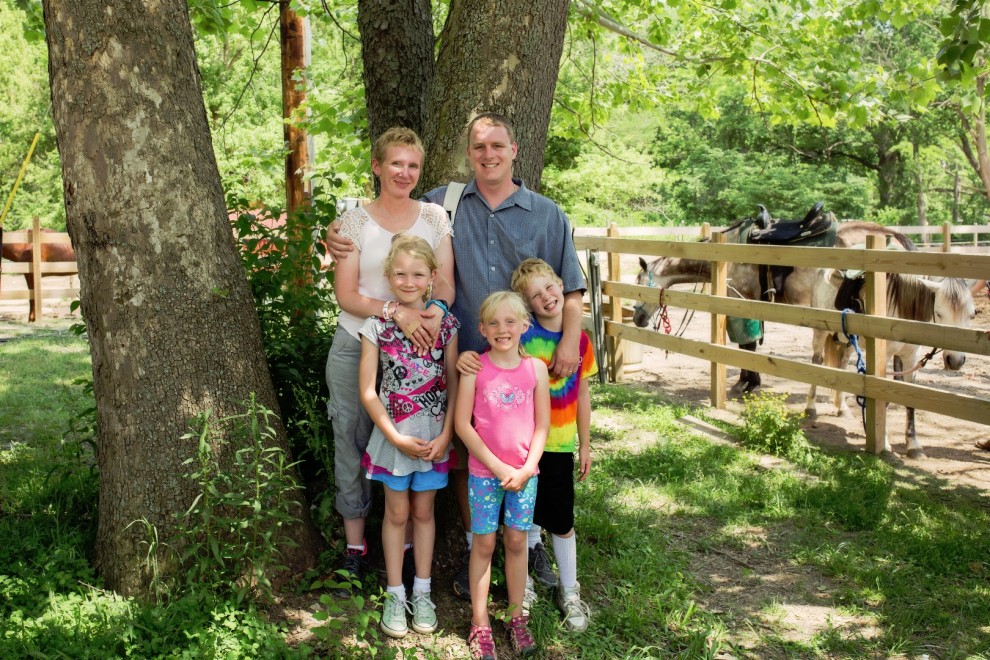 My story is a little different than most. I did not marry a Jewish man. I married an amazing man. He was not born Jewish. No one is his extended family is Jewish. We had a Non-Denominational wedding ceremony presided over by a Justice of the Peace.

After we had children, the subject of what religion to raise them with came up. My husband was raised Catholic. I was not raised with a religious background of any kind. I flat refused to raise my children with Catholicism. There are just too many things I disagree with.

My husband grew up in this area—the north side of Indianapolis—and a high population of the kids he went to school with were Jewish. He was aware of customs, holidays, many habits, etc.

Mothers Circle explained the prayers, rituals, and holidays in a way that I could understand. Since we have no extended family who is Jewish, it is a double-edged sword. I don’t have anyone looking over my shoulder, always watching. But I have to figure things out for ourselves. It’s nice because there isn’t an element of added pressure. We get to learn as a family rather than doing things the way my husband always did them growing up without knowing why. We get to pick out what is meaningful for us.

The Mothers Circle opened my eyes to the beauty that is this religion of Judaism. Our kids attend religious school and the local Hebrew Academy. I tend to let my husband take the lead on most things Jewish. I may not have a completely Jewish home, but I definitely have a home which welcomes Judaism.

I am thankful for my experience that I have had with the Mothers Circle. Not only did I gain insight into a religion/way of life, I got to share it with new friends in a similar situation!

The Mothers Circle is a program of Big Tent Judaism.