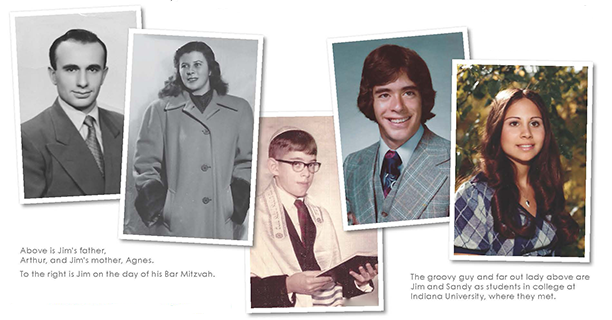 Annual Campaign chair Jim Schwarz’s story starts with his parents, Arthur and Agnes (Agi), at the end of World War II. The Holocaust was finally over; their harrowing concentration camp experiences were no longer an everyday reality, but the homes they had left were no longer theirs to go back to. Both ended up at a displaced persons camp in Bremen, Germany. While Arthur and Agi’s brother knew each other from school, that was the place where Arthur and Agi first met.

Agi secured funding from the Jewish Agency and Arthur was sponsored by family, and they traveled to America together across the ocean. But as the Statue of Liberty drew closer, romantic prospects looked bleak. She would be staying with family in New York, while he’d be off to live with his relatives in Gary, IN. But just like all the best happy endings, true love prevailed when she wound up moving to Detroit. He took the bus to see her as often as he could, and they eventually got married.

It’s been said that the ultimate form of revenge is to live and live well, which is exactly what Jim’s parents did. They raised a family and they raised them Jewish, and Jim and his wife Sandy have done the same with their own children. “We try to make sure that our Jewishness is within the family. The way I look at it is I lost my grandparents in the Holocaust, and if we don’t continue to do something then it’s kind of a waste,” he said. "I think if you raise your kids Jewish and you tell them what the values are, it’s a good thing.” 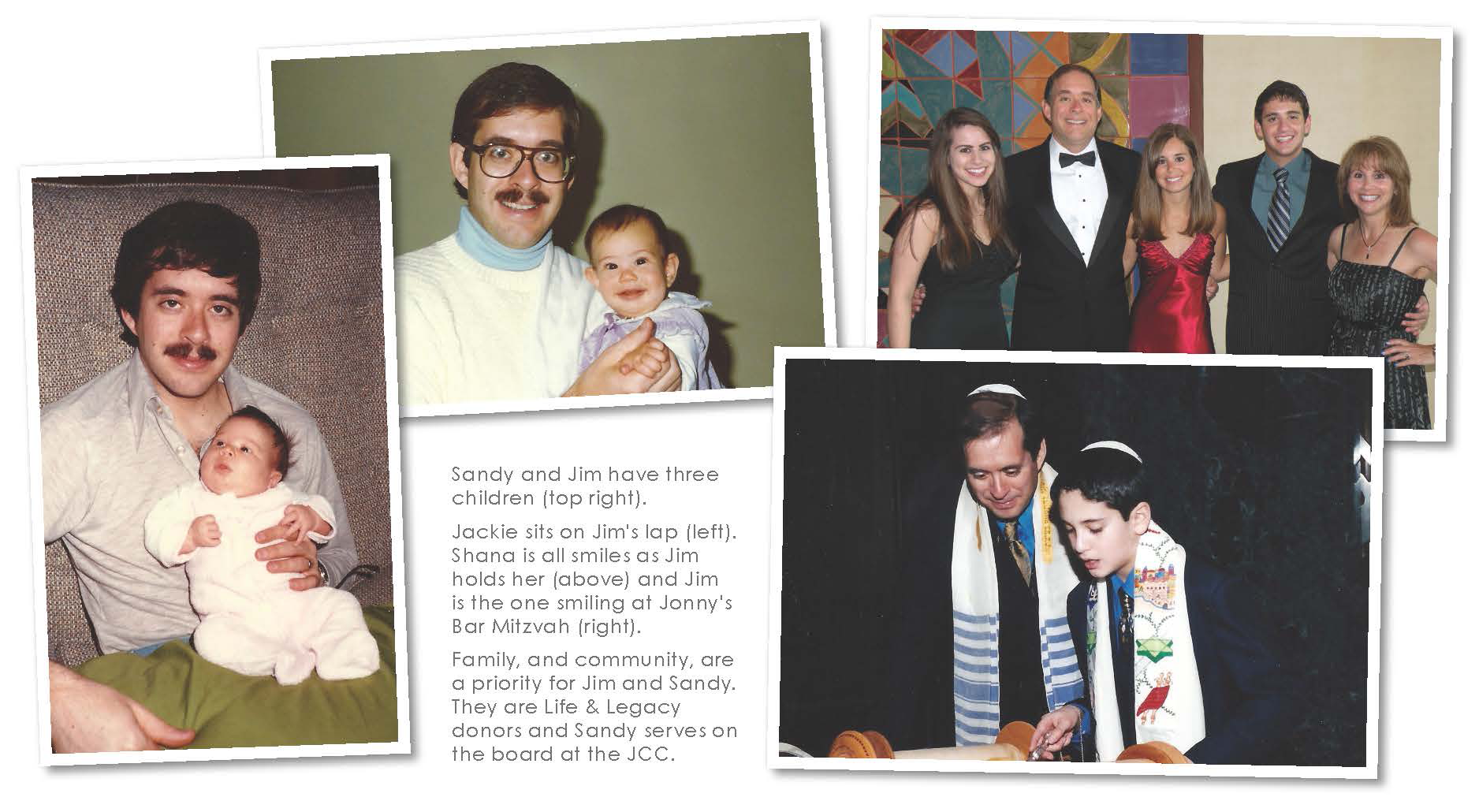 The Youth Shall Inherit

Jim’s passionate belief in the importance of Jewish continuity, coupled with the fact that his life would have been wildly different if a Jewish organization hadn’t helped his family, is what underlies his commitment to the Federation and to the greater Indianapolis Jewish community. For him, the Shema’s words “V’shinantam l’vanecha” (“And you shall teach your children”) is a way of life, and the involvement of the younger generations in the Jewish community is paramount. It worked for him: He and others in our community were part of a Young Leadership group here 20 years ago, and today the majority of them remain heavily involved with the Federation, particularly with regard to the Annual Campaign.

“We’re trying to get [young people] involved so that they become the leaders of tomorrow. If you don’t do that today, you’re not going to have anybody. So the more young people we can get involved in the community, the better off the community’s going to be in the future.”​ 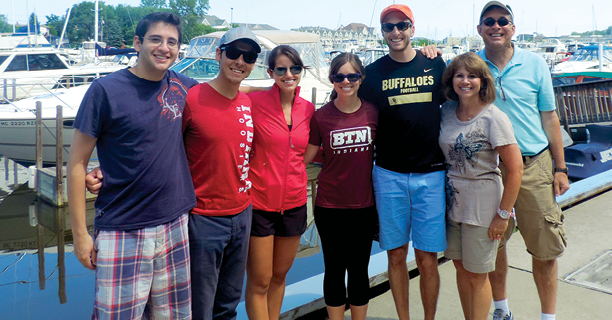 The upcoming Demographic Community Study comes into play here, too. This will be the first census taken of the Indianapolis Jewish community since the late 1930s; while there is anecdotal evidence regarding the needs and size of the community, the results of this long-overdue study will shape how Indianapolis Jewish organizations interact with their constituents moving forward.

“There’s always 10,000 [Jews in Indianapolis], no matter what, for the past 100 years. We’re trying to find out how many people we actually have here. It’s another way to get people energized in the community. So we need to find out who’s here, how we can get them involved in the community, how we can get them energized, and hopefully if they feel energized and part of the community, they’ll give money to the campaign and [see] everything the Federation does, things that people kind of take for granted. We need to get the word out there because these things wouldn’t happen,” Jim said.

Jim is also a huge proponent of sending community members on trips to Israel because of the strengthened connection to Judaism that inevitably comes with such missions. “You really get the connection between the Jewish community worldwide when you do something like that. You go there and you see what your donations support, and you say, ‘G-d, this is a really good thing.’ I’ve gone to Israel three times, and every time I go it’s brand new. It’s different and you don’t recognize it each time you go, and it’s a good thing, a very good thing.”

The longevity of Jewish tradition, despite the odds, is what keeps Jim inspired to pay it forward and keep it going. “Being Jewish means to me that we are part of a people that does good, that has survived so many trials and tribulations. The way I look at it is something has to be right,” he said. “Regardless of what people say, we’re not only a religion, we’re a people who have survived a lot of terrible things and have done great things. So I think being Jewish is important and Jewish continuity, to me, is very important.”​