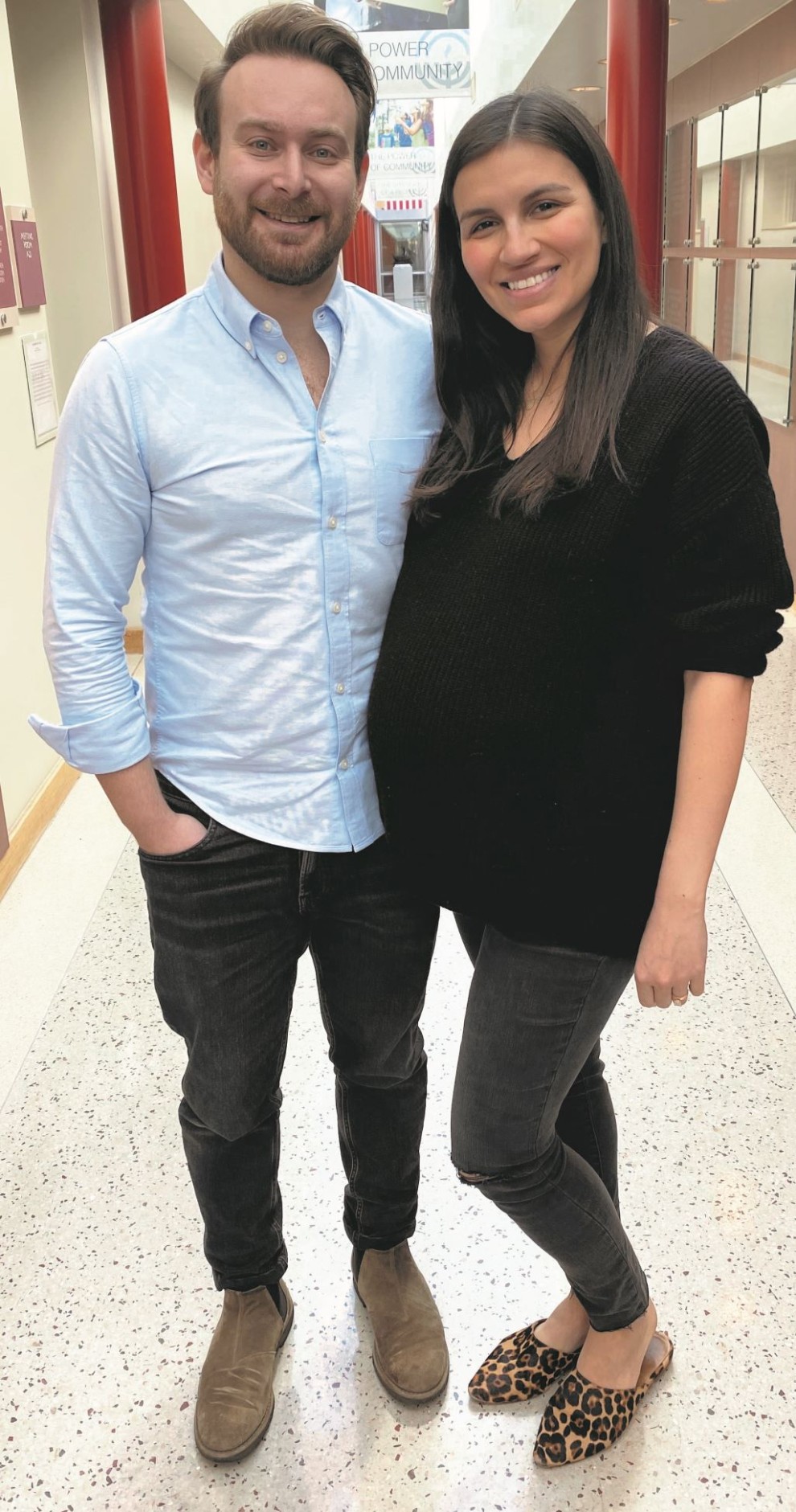 One Indianapolis Russian couple hopes their journey from immigrants to donors will inspire others to join them in giving back.

Stacy and Ilya Rekhter both moved to the United States when the Soviet Union collapsed in the 90s. In 1994, Stacy, who was 4 at the time, and her family were bought to Indianapolis by the Hebrew Immigrant Aid Society (HIAS).
“The Federation sponsored and furnished our first apartment,” she said. “I remember walking in and saw that the fridge was overflowing with food.”

Ilya entered the country at age 3 in 1994. His family was aided by his father’s boss in Seattle. They lived in Ann Arbor, Mich. for much of his childhood before moving to Indianapolis when he was in high school.

Now, the couple makes a very generous gift to the Jewish Family Services’ KAVOD program, which supports Holocaust survivors, because they understand the importance of giving back to the community that supported them. Stacy’s mom, Katya Klauz, runs the KAVOD program, so their supports hits home for her family.

“It was important for me that once we got into a place to give that we could give,” Stacy said. “KAVOD is supporting an underserved part of the community. I grew up knowing these survivors, and by me going to these events and volunteering, I see the firsthand benefit of the events hosted through JFS.”

Ilya also believes it is important to do their part and do what they can.

“We live in this community. Whether it is time or money, it is important to give back to those who are also part of this community. We chose to give to the KAVOD program because these Holocaust survivors made it all the way here and a little bit of money goes a long way,” Ilya said.

The KAVOD program offers transportation, social gatherings such as AMC opera and ballet performances, lunches, yoga, and English classes. While these activities can benefit all seniors, the lifestyle of growing up in the Soviet Union magnifies thes impact.

“In the Soviet Union, going out to eat at a restaurant is a big deal, so offering a lunch program for these seniors is so important because it means so much to them,” Ilya said.

Many of the KAVOD participants don’t drive, and it can be very isolating to be in their homes all day. It is even more imperative to offer something for them that is outside their homes. It can also be harder for older Russian Jews to live in a care facility because they associate it with imprisonment because of how they were treated while in the Soviet Union and during the Holocaust, Ilya said.

Because this program impacts such a vulnerable population, both Ilya and Stacy find it important that they show others that they donate and why.

“Russian people struggle with the concept of donation not because of desire not to help, but from a background, that wasn’t a part of the culture,” Ilya said. “In the Soviet Union, it was the government’s job to give out salaries and oftentimes the salaries provided were barely enough to cover food costs.”

Stacy and Ilya believe donating should be a habit and it is important to show that it is worth doing and the impact that it makes.