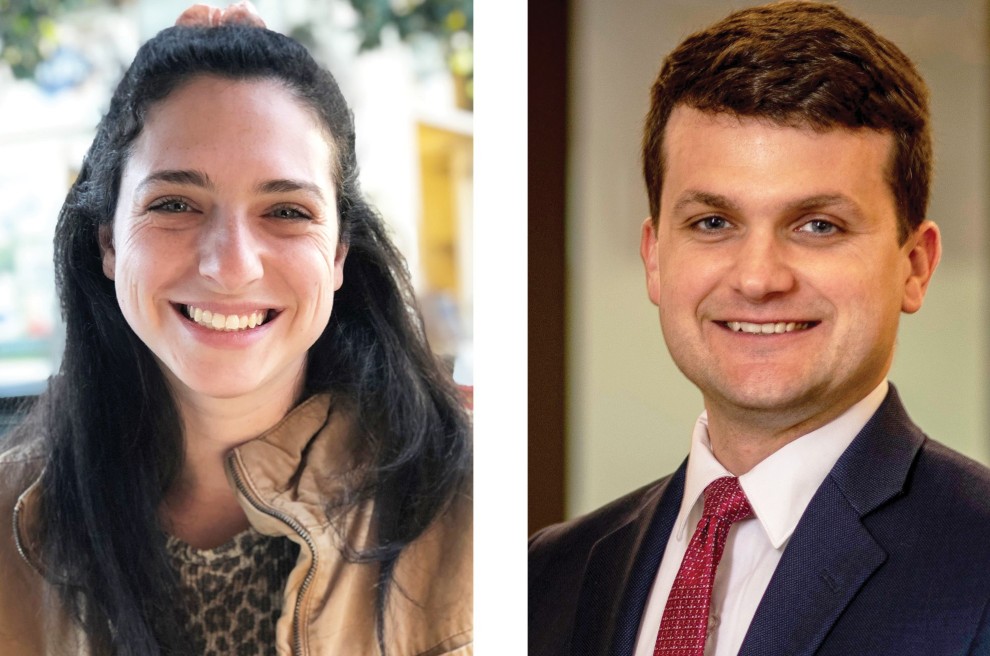 Being new to a city as a young professional can be tough. To ease their transition, two young adult donors share their Federation philanthropic journeys.

Pre-Kindergarten teacher Erica Abrams moved to Indianapolis for work after graduating from college in 2016. Landing a job in the Indianapolis Public Schools system, she packed her bags and left her home state of Ohio.

She had strong roots in Jewish life, attending Camp Livingston during her summers growing up, participating in BBYO as a high school student and Hillel as a college student.

“So I knew Jewish life was something I wanted to get involved in,” Erica said.

When she arrived in Indy, Erica got in touch with Rachel Katz, the Program Director for Jewish Family Services, who invited her to different programs and events. Erica now leads the Parents Night Out events with Rachel. She organizes and leads all of the programming for kids with special needs. Erica also serves on the NEXTGen committee, the Jewish Learning Committee, is a Federation board member, and an advisor for BBYO.

Attorney Kris Wilson moved to Indianapolis in 2018. Growing up in Ferdinand, a small town in southern Indiana, Kris says he did not have as many Jewish community resources as he now has in Indy. The closest synagogues were in Evansville and Louisville, both about an hour away.

When he attended law school in St. Louis, he got involved in many organizations within the St. Louis Jewish community, and particularly enjoyed engaging in its social justice initiatives.

Kris reached out to Matt Kramer-Morning, the Director of the Federation’s NEXTGen Initiative for Jews in their 20s and 30s, when he moved to Indy. A happy hour event at the World of Beer was the first of many NEXTGen events Kris and his fiancée would attend. He said many of the friendships they’ve made in Indianapolis can be traced back to events in the Jewish Community.

Kris is now a leader in Prystowsky ATID V, the advanced leadership development program through the Federation. He is a part of a network of people who are invested in making a difference in the Jewish community.

Kris and Erica’s journeys through the Federation were impactful and have resulted in giving their time and money to the community they now call home.

“I get so much out of my involvement in the Federation,” Erica said. “My engagement is more valuable than the money itself.”

Kris said he was raised to give tzedakah, and that when he was in a position to give financially, wanted to give to the Federation because of what his experience through engagement meant to him.

It is because of people like Kris and Erica that the Federation is able to touch the lives of so many people. Learn how you can get involved with NEXTGen by contacting Matt Kramer-Morning at mkmorning@jfgi.org. ​