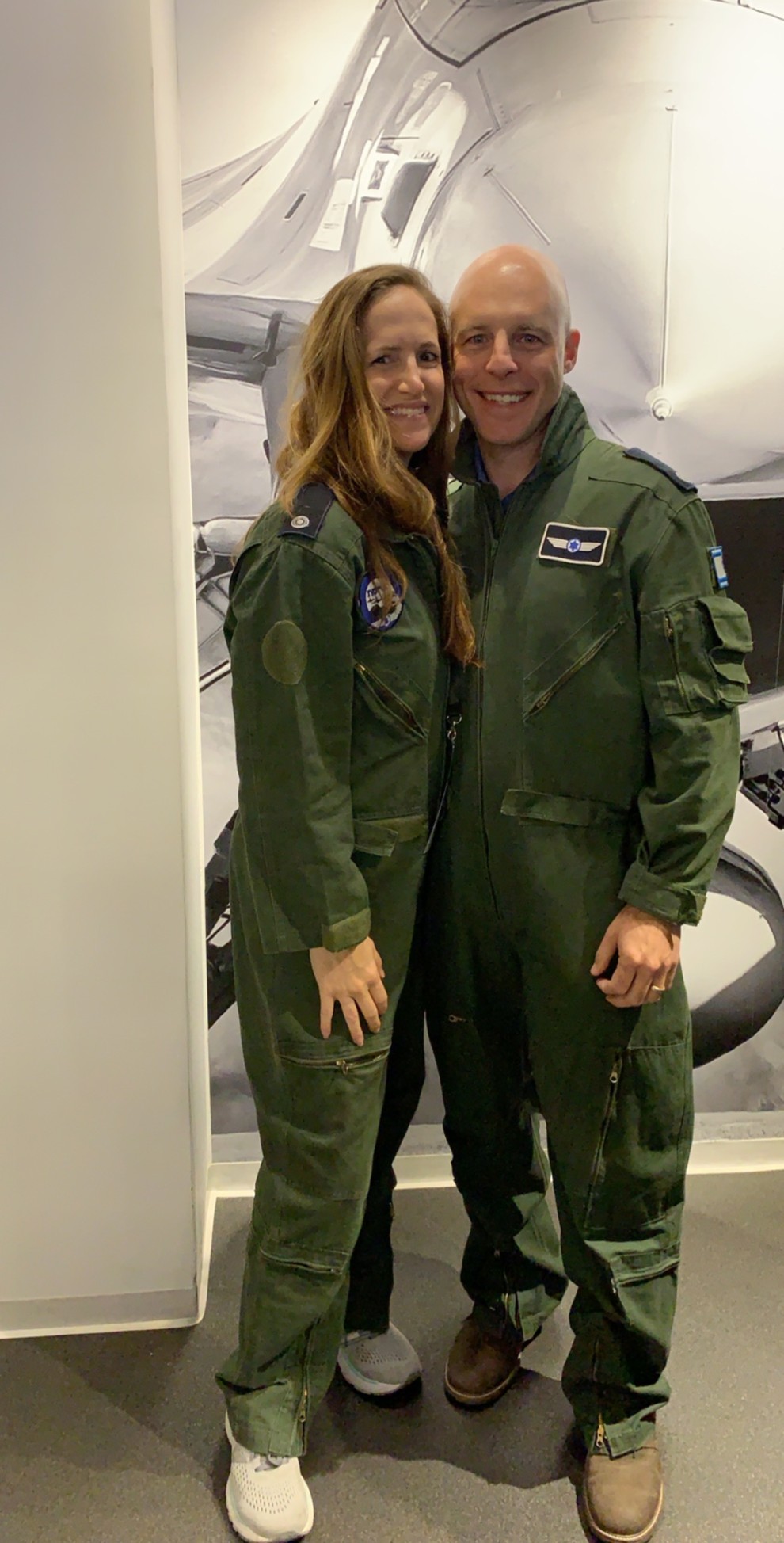 Finding inspiration through Jewish philanthropy is the principle behind why Todd and Linda Maurer contribute to the Jewish Federation of Greater Indianapolis.

The Maurers were nominated by JFGI CEO Debby Barton Grant for a unique opportunity through the Jewish Federations of North America, called Fisher FLIGHT. She suggested them because of their dedication and passion to the Jewish community and leadership within many different areas of the Federation, agencies and synagogues, and their interest in more Jewish philanthropy. Their philanthropic involvement was the perfect marriage for this inspirational journey.

The program combines Jewish learning with immersive experiences for eight to 10 Jewish couples ages 40-50. Through three interactive programs over a 12-month period—one 10-day experience in Israel and two weekend retreats—Fisher FLIGHT inspires participants to reach their potential as Jewish philanthropists and community leaders by focusing their charitable giving on Jewish and Israeli causes.

The Maurers were the first couple from Indianapolis to be a part of this program. They started their FLIGHT with seven couples in Israel in September, with a follow up trip to Miami in January, and finally, their last retreat in Detroit in February.

“This journey allowed us a unique experience we had never had before,” Linda said.

Todd and Linda said their trip to Israel was not for tourism. They met with innovative business people; learned different ways others are philanthropic, such as investing in companies that cure cancer; and learned about the social needs in Israel, such as the needs of aging elders and raising dogs to assist the blind.

“We had a deeper emotional connection to all of these things because we were in Israel,” Linda said.

The Maurers said each couple they met has their own incredible philanthropy experiences.
“We were inspired by these couples and learned so much, especially from those who were first generation wealthy, and how they transformed philanthropy through the generations,” the Maurers said.

Both Todd and Linda have been blessed with having good philanthropic mentors who have been pivotal examples, and because of that, it has been easier in their journey for them to say “we should be doing this” when it comes to giving financially. Their parents raised them to know the importance of giving back to the community.

“We already know it is important to give to the Federation because you know where the money goes and how it is making an impact,” Todd said.

While they knew their reasons for giving to this point, they learned so much more about philanthropy than they ever could have known from just their role models alone.

“There are two ways to give: giving money to different places when asked, and thinking more strategically and intentionally to expand your giving,” Todd said. “We knew we wanted to be more philanthropic but didn’t know how to do it. We gained so much more insight from others during our experience.”

The Maurers also said they learned how to teach their children to be philanthropic based on experiences from the other couples.

Todd and Linda said their FLIGHT journey has given them the motivation to showcase their experience in the Indianapolis community, serve as role models, and inspire others to give to areas that create the great impact on the community.

“They are so many lessons learned and we want to inspire others,” Todd said. “We want to practice more impactful giving and be the example of why. This experience has taught us to think about satisfaction and for us, it’s impactful giving that is driven by direct results. We want to make a difference.”