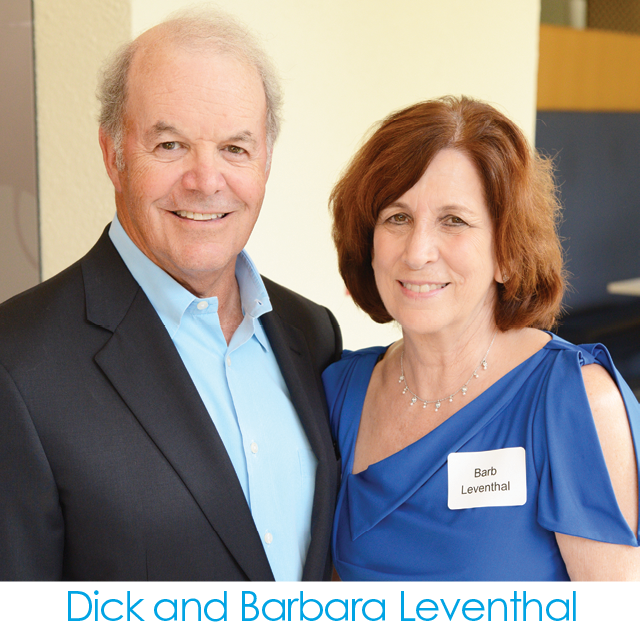 Barbara Leventhal will be honored for her leadership and dedication during the International Lion of Judah Annual Conference next year.
Lion of Judah is an international sisterhood that encompasses 18,000 women dedicated to philanthropy, Israel and “tikkun olam.” Every year, the members of Lion of Judah meet for their conference geared toward learning, sharing, and celebration. The International Conference was to be scheduled in Phoenix in January but due to COVID, was postponed to December 2022.
During the conference each year, each local Federation has the opportunity to nominate someone from their community for the 2022 Kipnis-Wilson/Friedland Award. The award is given to an individual whose exemplary commitment and involvement has made an impact on and been displayed throughout the Jewish community. This year, the Indianapolis Women’s Philanthropy Committee chose to honor Leventhal.
Women’s Philanthropy Chair Karen Rothbaum said the committee chose to honor Leventhal because of her long-term commitment, dedication, compassion, and passion for the Federation and bettering the community.
“Barbara’s been dedicated and involved herself in many areas of JFGI, specifically through her dedication to the Lion of Judah program and willingness to share time and insight, as well as her generosity of funds,” she said.
Leventhal says she is not only humbled but also grateful to be honored as the nominee.
“I am fortunate to follow some truly amazing women from our community who have received this award before me”, Leventhal said.
As a young child, Leventhal grew up in Indianapolis, and has vivid memories of the Jewish Federation helping raise money for Israel during the Six-Day War. Since then, she understood the importance of the Jewish Federation and with the support of her husband, they have become more involved with committee boards as well as donating generous gifts.
“I have since realized that the JFGI is the only organization that includes all Jews in our community, no matter how old they are, where they live within the city, or what their religious practices and beliefs are,” Leventhal said in a statement she prepared for the international conference. “I have endowed my gift in order to help ensure the future of the Jewish Federation of Greater Indianapolis and its vital role of bringing the members of our small but growing Jewish community together.”
Gigi Marks Felsher, Co-Interim Executive Director of the Federation, has attended many Lion of Judah conferences and was the last honoree to be nominated for the conference award.
“It’s wonderful to be recognized by people in Indianapolis with whom I’ve shared great experiences and many years of doing good through Federation work,” Felsher said. “I know that Barb will feel the same way.”
Women’s Philanthropy of the Jewish Federation of Greater Indianapolis is a network of compassionate and committed volunteers who inspire and empower each other to be change makers and community shapers. These women are dedicated to building and supporting Jewish life for today and future generations in the local Indianapolis community, Israel and throughout the world.
Visit www.jewishindianapolis.org/womens-philanthropy to learn more about JFGI’s Women’s Philanthropy Group and how to get involved.